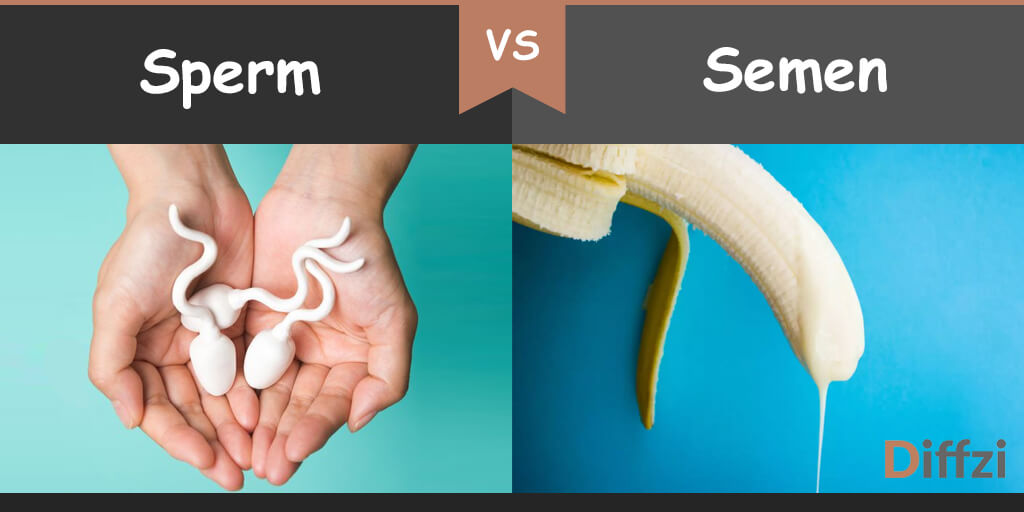 Sperm and semen are mistakenly used interchangeably, but they are not the same substance. Sperm cells are actually a part of the semen, which is the whitish, viscous fluid released from the penis, according to Medline Plus. Sperm leaves the body through the mix of bodily fluids that makeup semen. This fluid contains fructose and proteolytic enzymes that facilitate the mobility of sperm outside the male reproductive tract. Semen refers to the seminal fluid that is a whitish and viscous liquid released from the penis. The semen contains the sperm cells and other seminal plasma liquids which ensure viability of the fluid. Every ejaculation contains 2 to 5% volume of semen containing fluids that immerse the sperm cells, sustaining them ensuring motility till fetus formation.