Home Others Faithful vs Loyal

The word Loyal can be described as someone who  shows a strong feeling of support  to someone/something, But being faithful is to stay sincere to someone for some sort of relation or we can say faithfulness is the quality of being faithful.

The difference between Faithfulness and Loyalty is that Faithfull person does not have time to get attracted with others, his/her attentions exclusively for the one they love. And a Loyal person still gets attracted with others, appreciates beauty, flirts in some ways, but at the end of the day, a loyal person knows where his/her heart belongs to.

Things may similar to people by the way they are used, but that does not mean they have the same meaning, usually in language, not considering slightest of differences between two words can lead to a fatal problem. The words are intended to express how a person feel about each other, start a conversation or to convey a message if they are not used all such actions correctly will not be possible.

Two words which deal with the family of sincerity are faithfulness and loyalty. Both tend to seem similar and do have a common root, but they can be very different in the classical language terms. Explaining these two words can be difficult, but there is a need to straighten out the confusions. Loyalty can be defined as a commitment made from one person to the other person. This can be based on words or past experiences.

A loyal person can be sincere to the other person, brand or lets says a football team because of their affiliation. There could be many reasons or that, for example if someone helped you in the time of need you always feel you are indebted to them. If you like a fashion brand, you always would want to wear their clothes.

Faithfulness is defined as dedication with the other person by your own feelings. There does not need to be any affiliation or personal experiences. It is based on the fact that how a person is in real life, they have a strong belief that the individual will stay the same and not change in the future.

What do you mean by Loyal?

The best way to describe a loyal person is that they are committed to something based on personal experience. It is something they have observed which has led them to be loyal to someone or something. A Loyal person is not restricted to just another person. They can be sincere to a brand, a sports team or even of themselves. 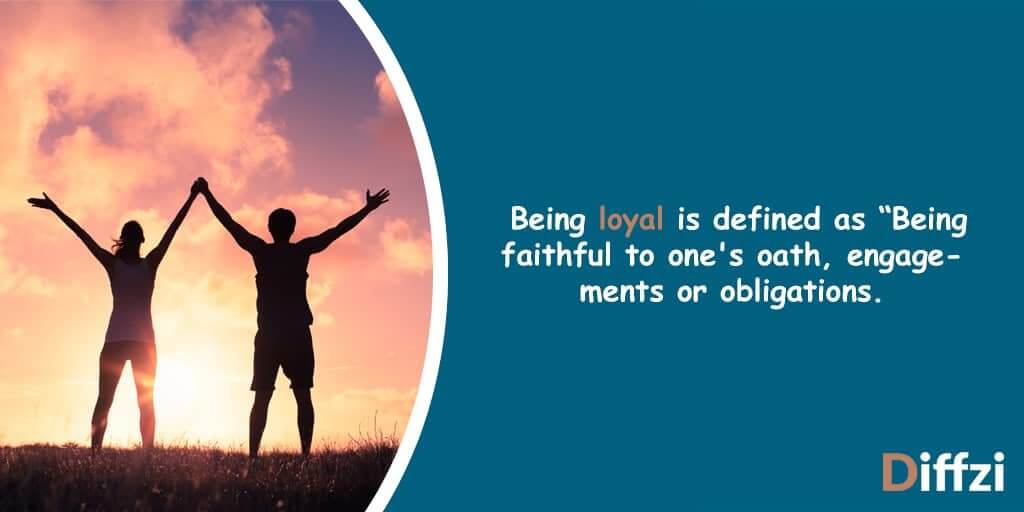 The best example of loyalty is that a person did something for you, and you feel that you owe that person. It can also be with your country, no matter where you live you feel that you belong to your own country, and your feelings and sympathy lies with your own homeland. Therefore, it can be said that loyalty can be an obligation. Even if you do not get excited about it or feel that something towards it, there is a belief that you have to show your feelings and support a certain individual or group. It always is history based and cannot depend on something which might happen in the future.

What do you mean by faithful?

A person is called faithful to the other person if they have feelings towards them and have a trust that the individual will never let them down or stay the same forever. It does not depend on any personal experience and can be hypothetical. It is the observation of others, and a thought that consistency will prevail in them. 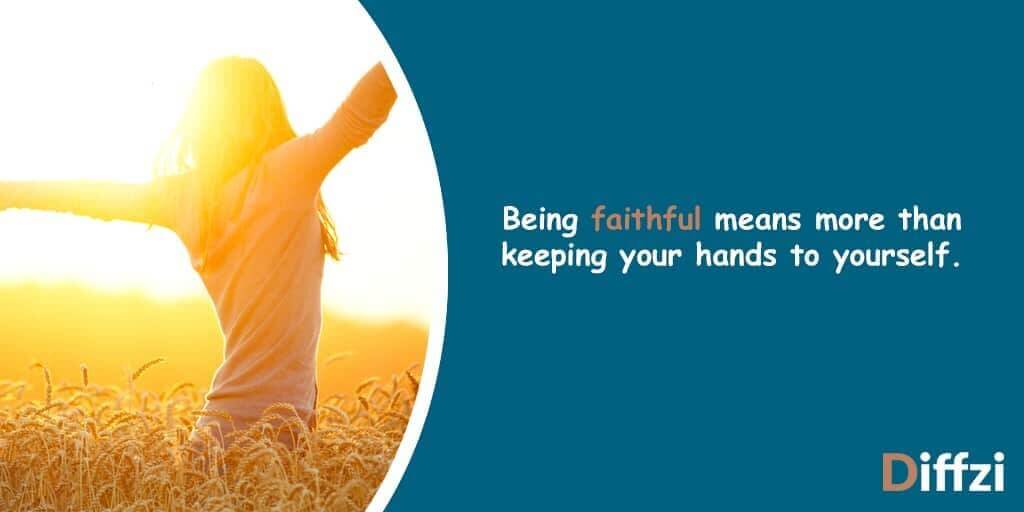 A person is always faithful to their family and loved ones. They do not have to do things for them as a duty, but there are this enthusiasm and passion for doing stuff when you are related to the other person or have feelings for them. Animals or another living thing may or may not be loyal, but a human being can be faithful to other humans only; they cannot be committed to their pet or the company they are working. It has more to do with future and does not depend on the past events.

Key Differences between Faithful and Loyal

Usage in a sentence  :

We can use the world faithful in a sense, when we say “i will be always faithful to my wife”. This clearly mean to have No cheating among the spouses.

And the word loyal can be used in a sense when we say “i will be always loyal to my country”. this clearly means he has a strong support for his country.

What is better  Faithful or Loyal ?

Faithful. Because faithful is often used to show a healthy relationship. it emphasis that  both parties stand for each other and there is great support for one another and that nothing can separate them.

Faithful and Loyal are two works which have been used in the same context for a long time and people who are not language freaks do not know when to use the terms and get them confused. This space, therefore, has provided a clear understanding of the two words and explained the differences between them so that they can be used properly.