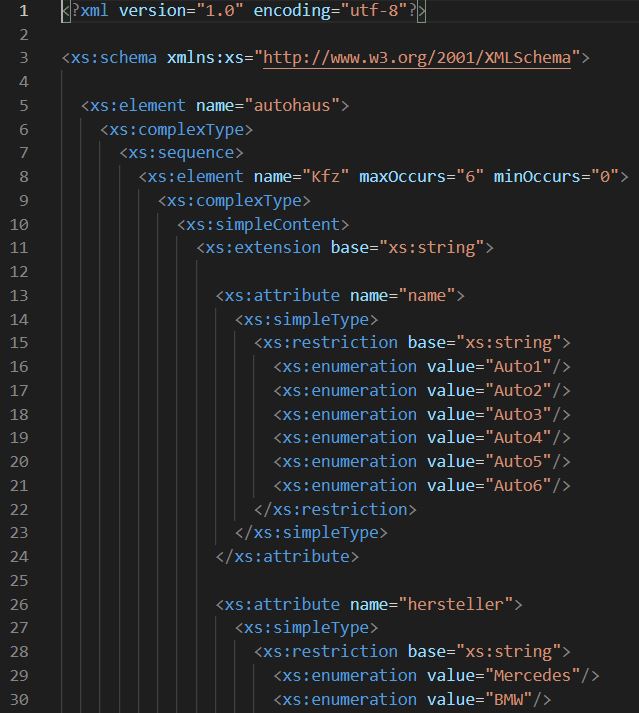 The term of XML is basically the short form of the EXtensible Markup Language. The main purpose of the XML Schema is to provide a standard way that must be simple in order to encode data and text in such an exclusive manner that the content will become capable of exchanging across the driver hardware, operating systems and applications for which very little human intervention should be required. The major functionality of the XML Schema is to demonstrate the structure of a XML document in the easiest form. The working of the XML schema is composed of imposing the constraints on the structure and the content of the chosen XML documents along with the syntactical rules that have to be followed in XML.

The utilization of the XML schema is highly suggested by the World Wide Web Consortium (W3C).  This is the main cause that the use of the XML schema can be observed by and large. The DTD on the other hand, is the abbreviation of the Document Type Definition. The main objective of the DTD is to define the precise procedure of the elements of document needed to be ordered and nested. It is the DTD which will describe that what elements are integrated in the document and the characteristics of the built-in elements. The DTD describes the structure of documents in the markup languages of SGML-family. The SGML-family markup languages such as SGML, XML, and HTML are used by the DTD in order to define the structure of documents. The main functionalities of the DTD are to define the accurate way of how the elements of documents are ordered and nested. The DTD is declared in a DOCTYPE declaration that is beneath the XML declaration in a document based on XML. In the body of the DTD, you will observe the definitions for the elements in the document in addition to their attributes.