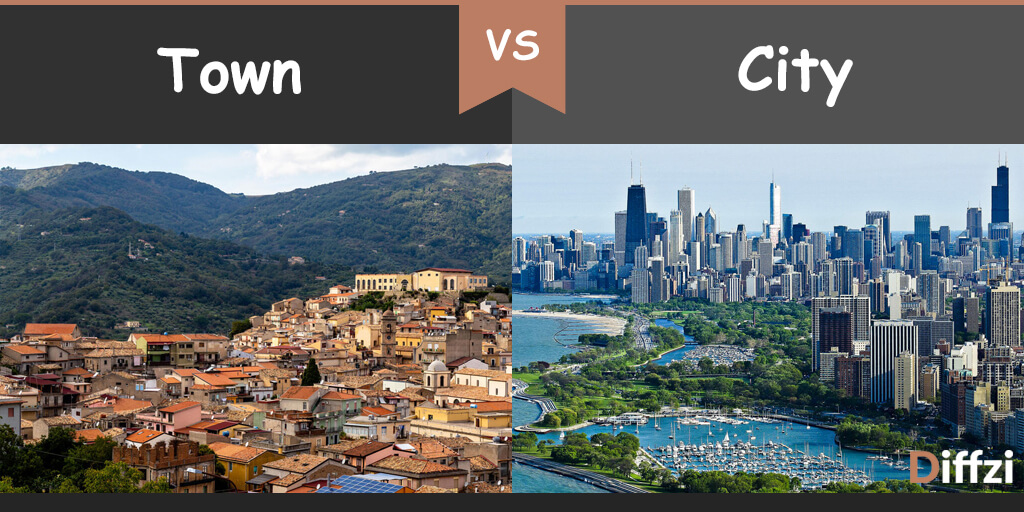 Living in a small town or living in a big city, both are beautiful!

Life is not the same for all; everyone has an exciting story about their life and different experiences they have gone through. If we look at some people, they always prefer to live in a big city while some people choose town over the city to live.

Every person has different thinking and reasons to choose a place for living. Family, education, job, lifestyle, personal development, peace of mind, and some other factors are responsible for choosing their place to live. Both living in a small town and living in a big city has its advantages and disadvantages. But before deciding which the best option for you is, first go through and read what the actual difference between them is.

The key difference between the word town and city is the area occupied by them. The town is the urban area that has well-defined boundaries and a local government. A town is a place that is smaller than a city but larger than a village. The city is the largest urban area as compared to villages and towns that has extensive systems for housing, sanitation, transportation, utilities, and communication.

Demography of a Town

As stated earlier, a town is a place that is bigger than villages but smaller than cities. Unlike cities, towns are tending to be less densely populated.

Benefits of Living in a Town

Some people choose to live in a town while others prefer to live in a city. Both have their advantages and drawbacks.

Here we will read, what exactly makes a living in a small town so pleasing to the people?

In cities, everything from rents to bills to groceries will cost you a fortune but living in a town is an exception and much more affordable.

Big luxuries come up with significant taxes to pay! People living in a small town are usually not attracted to luxury life and properties. They prefer to live in towns as taxes in smaller towns tend to be significantly less expensive than cities.

Snatching, robbery, child abuse are a part of city life, while statistics prove that small towns have much lower crime rates than big cities.

A small town is a place for you if you are trying to escape from the hustles and bustles of a city and looking for a place where everyone looks after for one another.

A word “City” is derived from a French word that means citizenry. A city is a legally defined entity that has extensive systems for housing, transportation, sanitation, utilities, and communication.

Demography of a City

Benefits of Living in a City

Every year, millions of people migrate to the city in search of better jobs and quality education. Even though formerly majority of them preferred to stay in a small and peaceful town but they had to move to cities for better opportunities.

Following are the top benefits of living in a city.

One of the excellent perks of living in the city is the quality education, career, and volunteer opportunities available. The education system in cities is better with more skilled teachers

There are many entertainment spots in city such as restaurants, cinemas, clubs, coffee shops, zoos, parks, resorts, museums, and many more to relax and enjoy.

A city is a hub that attracts people from all walks of life, irrespective of their religion and culture. Unlike towns in cities, you can interact with many people and can enjoy their lifestyle.