Since the world came into being, the invention of writing is termed as one of the biggest revolution as it eased the way to communicate people with each other and most importantly it also played pivotal role in cultural transmit from one generation to another. Now the thousands of years have passed, and writing has become a way complex than it was before as it can be sub divided in many genres and types and everyone of it occupies its own specific audience. Technical writing and creative writing are two types of writing, which can be distinguished easily by looking at their traits. The main difference between both of them is that, creative writing is written to enthrall, entertain and arouse a certain felling in a reader, whereas technical writing is to educate the audience with the factual information and is presented in a logical manner. 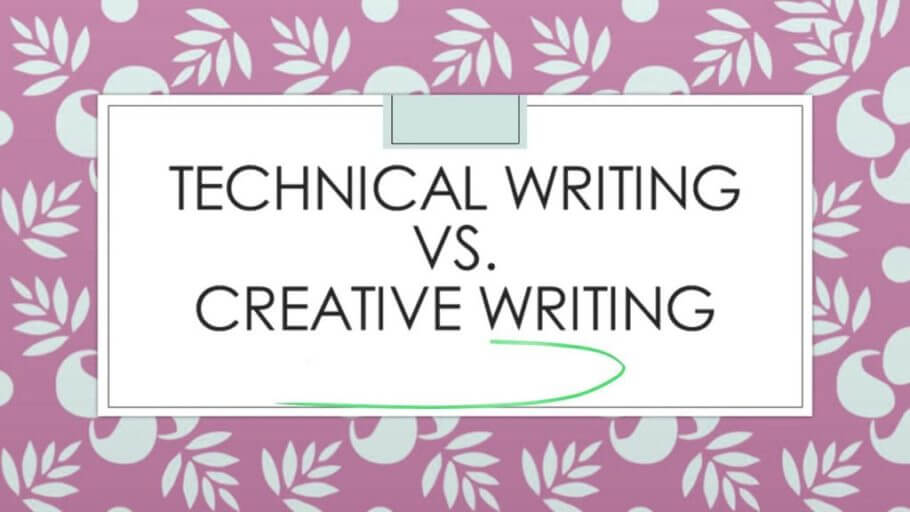 What is Technical Writing?

Writing is nowadays one of the vast field as it is not just restricted to writing on papers or magazines. It further possess many types, which generate hefty revenues, beside the fact that common people are just aware of two types of writings, fiction writing and nonfiction writing. Technical writing’s main purpose is to educate people in a logical way that might cause boredom for the audience. As in technical writing, the facts are being displayed and most often the examples placed in it are also rigid that can be felt by the one who reads the whole context and can deal with the logic inside. At the end of the day, we can say that one doing technical writing should have got his/her formal education properly. It is mostly about the field experts of different, who tried to prove their point by quantitative-qualitative experiment, by applying some formulas or in any other way. While doing this, the writer might also made some figures or give examples but these examples are strictly limited to the point being explain as one doesn’t presents example of scenarios intending to captivate you.

What is Creative Writing?

It is something far beyond the boundary, with aiming to entertain the viewers and to make them imagine of what the writers are willing to provoke.  Here it should also be kept mentioned that all of the creative writings are to entertain but some along with it also holds some strong message, or it won’t be wrong to say that these writings are done to prove that point. But in this the typical formula or facts are not applied, they excite you by making you believe in the story in real. Finally, we can say they entertain and educate together but are written informally, might be imaginary to excite the audience. One writing creative writing always get it clear in his/her mind that what he is going to write should be accepted by most of the people as generally speaking these writings are for everyone with sound mind which can feel the realness even in some self-made characters. In this it won’t affect that if the writer is not that much expert in something as it can be done by person from any group age, who gets his idea in a proper sequence and plays with the nerve of a reader.