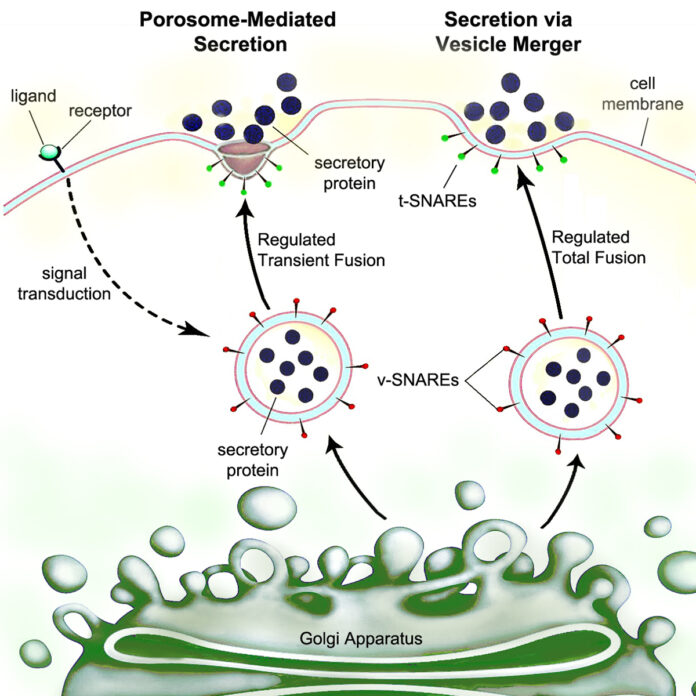 “Secretion” and “excretion” are the same in nature since both are involved in the passage or movement of materials. These words and body processes are needed in order to control and maintain homeostasis in the body. Both processes move and eliminate unwanted components in the body. The difference between excretion and secretion is that excretion is the process of removing, or ejecting material that has no further utility, especially from the body while secretion is any substance that is secreted by an organism or secretion can be the act of hiding something. Excretion is the removal of material from a living thing. Excretion is a vital process in all forms of life. It involves the removal of metabolic waste from the animal body, and it balances the water and salt. Excretion also maintains proper concentrations of dissolved substances and water in the cells and fluids of organisms.

Key Differences between Secretion and Excretion