Crop means plants of same origin grown together in bulk. Every crop requires different climaic condition, while some crops grow together on one season. The climatic condition, warmth, photo-period for growth and completion is required for different crops. Two seasonal change types are Kharif and Rabi crops. Main seasonal plants are divided into two broad categories. The crops that grow in monsoon period is called Kharif crops which is around June to October. The crops that are harvested in winter period are called Rabi crops which are around November to April.

Rabi crops or Rabi harvests are the crops in agriculture that are sown in winter or cold season. They are harvested in the spring. Rabi is Arabic word which in actual means “spring”. Thus the word “Rabi” is used frequently in subcontinent. Rabi is grown around the month of November to April in our subcontinent. The water collected from the rain in this season is the main source of water in these plants. Rabi crops require greater amount of irrigation. 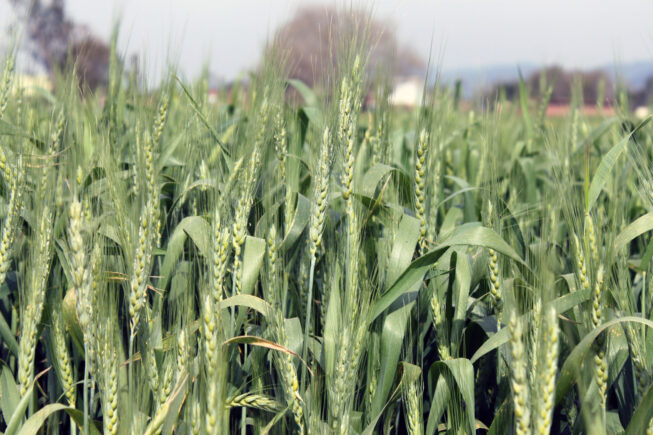 Thus heavy raining may ruin a Kharif crop but it is healthy and beneficial for Rabi crops. These crops are then taken out at departure of the monsoon rains. The harvesting may begin by April or may. Major Rabi crops that are harvested in subcontinents are wheat, grams, peas, mustard, linseed and barley. Most of the crops are under Rabi season. It is an integral crop in our area.

Kharif crop refers to the farming, plowing, reaping and harvesting of any household plant sown in the rainy season. It is derived from mochas words in subcontinent. In subcontinent they are popularly known as monsoon plants. They are cultivated for autumn harvest. By the beginning of first rain in July during south west rainy season in monsoon the crops are sown. Its begins at April 16 to October 15 in Pakistan, while in India Kharif season varies state to state in may and ending latest by January.
Popularly in subcontinent it starts in June and ends by October.  The Indian subcontinent is referred to areas covering India, Pakistan, Nepal and Srilanka. These crops are totally dependent on quantity of rain and water as well as its timings. Too much or too less will affect its growth and the whole effort can go wasted. The harvesting period coincides with the beginning of winter/ autumn in Indian subcontinent it is called Kharif period or Kharif crops. The major Kharif crops that are harvested in sub continent are paddy, soya-bean, maize, pigeon-pea, and cotton, green and black grams.