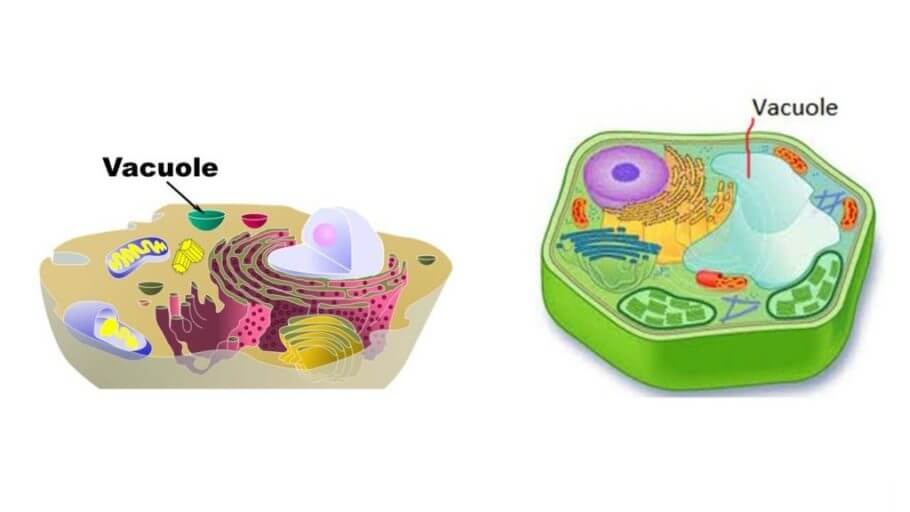 What is Plant Vacuole?

You will find only one vacuole in the plant cell. It is large in size, situated in the center of the cell and exists mostly in the mature plant cells. The size of the plant vacuole is enough for occupying a very large area of the volume of the cell. Most of the time, it contains the threads of cytoplasm, running through the vacuole. The vacuole is surrounded by a membrane named the tonoplast. The main duty of the tonoplast is to separate the other contents of from the cytoplasm. Other functions of the Tonoplast include the regulation of the movement of ions that are present around the cell. In order to stabilize the cytoplasmic pH, the protons are transported from the cytoplasm to the vacuole. This is the main reason that the inside of the plant vacuole is generally more acidic compared to the other parts of the cell. This is the procedure from which the proton motive force is created that is useful for the cell to move various kinds of nutrients across the vacuole. The action of the degradative enzymes becomes possible only because of the acidic environment of the vacuole. Another major function of the plant vacuole is to maintain turgor pressure that is vital for shaping the cell. The shape of the plant cell will be changed according to the water storage of the vacuole. The cell will become turgid in the situation when the water diffuses into the vacuole. But the cell will shrink and become plasmolysed if the vacuole loses the water. 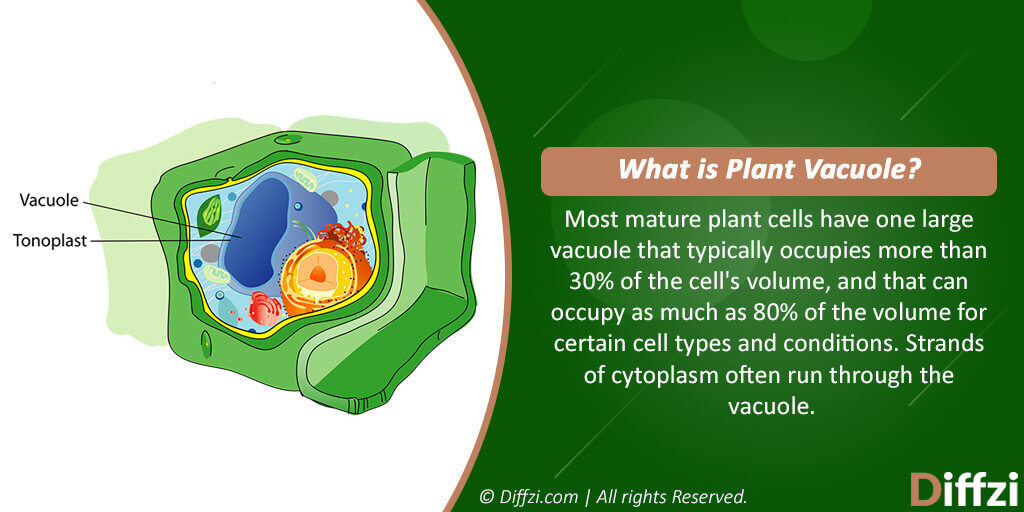 What is Animal Vacuole?

In most of the cases, the vacuoles present in the animal cell are smaller in size but at the same time, they are large in numbers and scattered everywhere inside the animal cell. There are some animal cells where you can’t find any vacuole. The functions of the animal vacuoles are different according to the situation. They cater storage facility during the exocytosis. The vacuoles of the animal cells are useful for overcoming the foreign particles that may be the bacteria. It is the obligation of the membrane of the cell to invaginate for the prime goal of engulfing the bacteria. In this process, a vacuole is formed. When the Lysosomes fuse with these types of vacuoles and then release the lysozymes, the destruction of these unwanted foreign particle make possible. 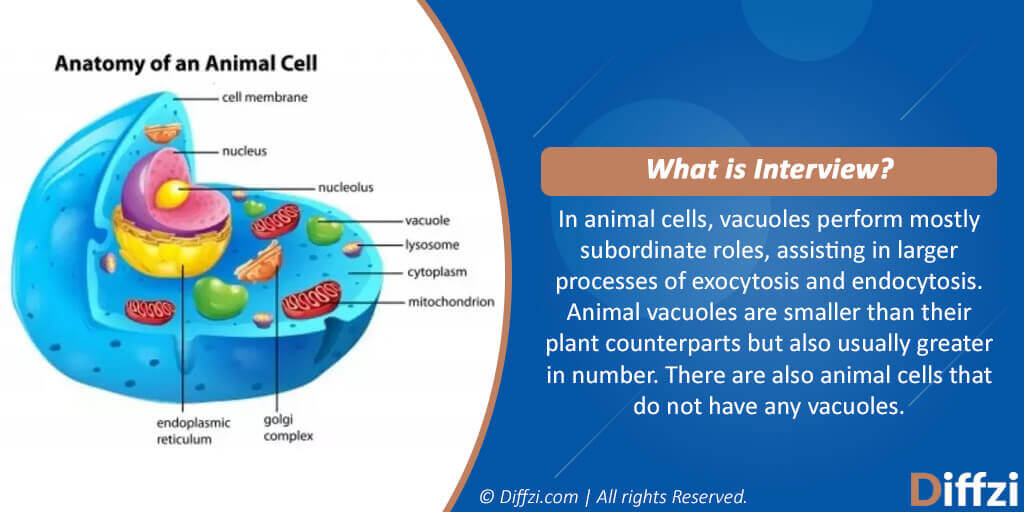