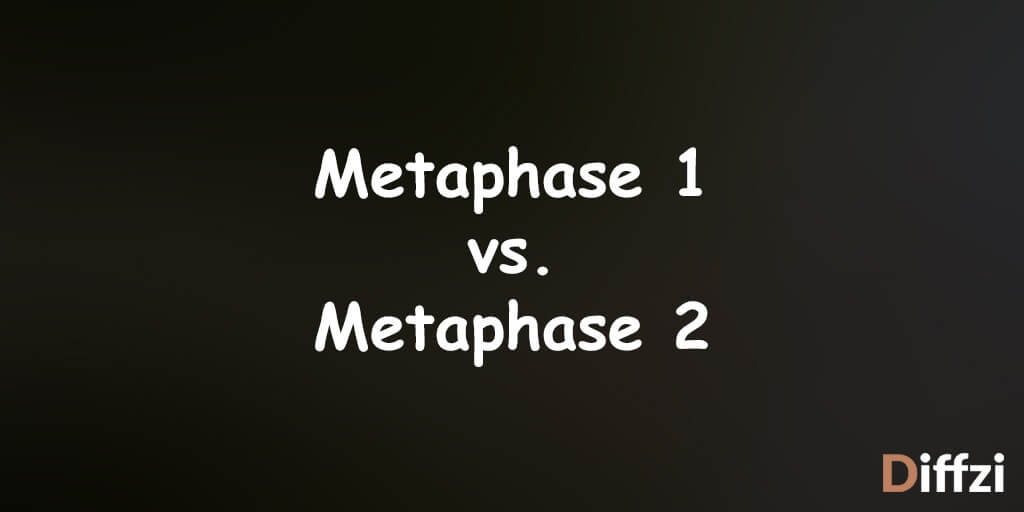 Metaphase 1 is the next state to prophase 1 when prophase 1 crossing over gets accomplished, and tetrads move towards a plan known as metaphase plate. This metaphase plate is located between two poles of the cell. Here the spindle fibers are linked to the centromeres of each of the bivalents, and both kinetochores of each sister chromatid pair are then shifted toward the same pole. Consequently, both kinetochores bind to the spindle fibers to establish the same pole. This is the real difference between mitosis and meiosis as members of the each chromosome pair separate from each other in the next stage of meiosis that is anaphase 1. Two chromosomes and four chromatids in total from either parent can arrange on either side of the cell and produce the differences in chromosomal distribution in daughter cells after meiosis 1.

Metaphase 2 is the second stage in meiosis 2 where each of the two daughter cells generated by the secondary gems cells. In this stage, the spindle again draws the chromosomes to the metaphase plate. Unlike metaphase 1 where two kinetochores of centromere bind to spindle fibers on same poles, here they bind from the opposite poles as happen in the case of mitotic metaphase and also attached to the kinetochore-microtubule coming from that pole. This, in the end, separates the sister chromatids of each chromosome during the anaphase 2. According to Harvard CyberBridge, “Metaphase 2 occurs after the prophase 2 and before anaphase 2 during overall meiosis 2 processes.”

Key Differences between Metaphase 1 and Metaphase 2