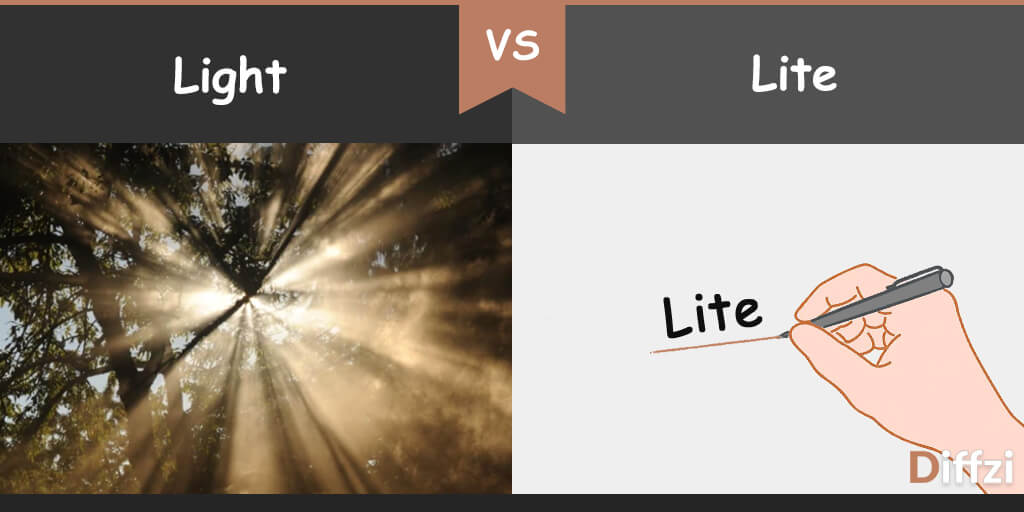 Two words, light and lite may pronounce the same and even have meanings that are closely related to each other, but in reality, they are entirely different from each other. The main difference between them is their usage. A word light can be used to describe something that is not heavy or has less weight. On the other hand, a lite is a word that is mainly used to describe something that contains low calories and less fat than usual.

A word “lite” is a commercial term that is used for advertising and promotion of products that have reduced amounts of fat, sugar, and alcohol than usual.

Light and lite both can be used to describe a product that is less sweet, less heavy, or less complex. Lite is an informal alternative of the word light that is used to describe the versions of products with fewer calories or fat than the original one.

It is used as a brand name to denote a low alcohol version of the beer.

Lite is also used informally to describe a simpler or less challenging version of a particular thing or person. Look at, for example, phrases like lite version, lite news, and film noir lite. Although, this word can be used in informal contexts to refer food containing fewer calories or light version of a certain thing, keep in mind that it is not appropriate to use this variant spelling in a formal context. Moreover, lite is not an accepted variation of light in any other sense.

A word light is used as a noun, adjective, verb, and adverb and has numerous meanings depending on their context in which they use.

Light, when used as a noun, is used as a source of light or something that makes vision possible.

The words lite and light may have different spellings but sound the same. A word lite is solely used as an adjective to describe something fewer in calories (beverages), lesser in fats (cheese), and simpler in function (software). However, a word light has numerous meanings and is used as a noun (light source), as a verb (put light on something), and as an adjective (light-weight).