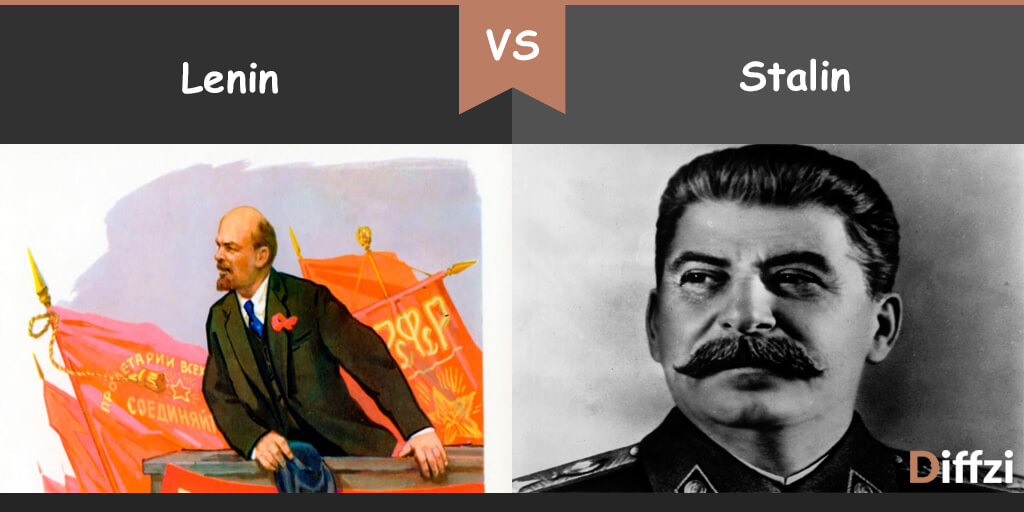 The main difference between Lenin and Stalin is that Lenin allowed some private business while Stalin created a command economy.

Lenin, complete name Vladimir Lenin, was a Russian communist revolutionary leader who served as head of the government than USSR from 1917 to 1924. He was the first head of government of Russia who formed a one-party communist state by the name of Russian Communist Party. Lenin was influenced by the political theory of Karl Marx. Along with Marxism and his policies, he founded a new political theory Leninism. Leninism comprises socialist political and economic theories. Lenin born to a wealthy middle-class family and embraced revolutionary socialist politics following his brother’s execution in 1987. His government was led by the Bolsheviks that were later on renamed as Communist Party. His chief goals were to overthrow the provisional government. According to some historians, the standard of living rises for works and peasants. His religion beliefs were soft. He was neither atheist nor critic of religion. His era of government was from 1917 to 1924. Stalin, the complete name Joseph Stalin, was the Soviet Union leader during 1928 to until his death in 1953. His political career was properly started from holding the post of the General Secretary of the Central Committee of the Communist Party of the Soviet Union and was the powerful dictator of the Russian State. After the death of Vladimir Lenin, Joseph Stalin managed to consolidate power by bypassing some ideologies of Lenin and expanding the functions of his role and eliminating all kind of opposition. His attitudes towards his opponents were very harsh. Under his regime, the concept of Socialism in One Country became a central tenet of Soviet society. He gradually replaced the economy policy system introduced by the Lenin with a highly centralized economy. Stalin in Russia first introduced the concept of collectivization and industrialization. The main goal of Stalin was to move the Soviet Union into modern industrialization nation. According to some historians, the standard of living falls for workers and peasants.

Key Differences between Lenin and Stalin