Blood cells play a significant role in the human body, while blood cells are therefore an important part of the immune system of people and as they keep all the infections, viruses, and other diseases away or help in overcoming them. The two main types of white blood cell categories discussed in this article. The main difference between the two groups of cells explained with the help of this information. Granulocytes are a type of white blood cells that are present in the cytoplasm in the form of granules. Whereas, agranulocytes are the ones that do not have any granules in them.

Granulocytes are a type of white blood cells that are present in the cytoplasm in the form of granules. They have many other names in which the most common one is Polymorphonuclear leukocytes; this name became constant because of the different structures of the nucleus that are present in this and connected in three different parts. There are three main types of these. The first one of which is known as neutrophils, that are mostly found in the blood that is flowing in the body and are the most abundant one present among all of them. They make up around 60% of total granulocytes and in one are present in billions just in one liter of blood. The next ones are the eosinophils, they are shaped just like human kidney and have around two to four lobes. They do not have a fixed number in the body because they keep on changing with the blood steam movement. They are essential for the body since they help in killing several kinds of parasites in the body. The last ones are called Basophil; these are the things that are present in the least amount among all of them and found in the bone marrow or the bloodstream. They also play an important part in keeping the body safe, whenever there is some infection, they will be released from the bone marrow and will move to the infected part and start the healing process. All of them will become critical at some stage and will have o perform a task related to the problem. They have two lobes that connect with the help of chromatin that is not always visible. These cells are found in the bone marrow because all of them originate from this part of the body. 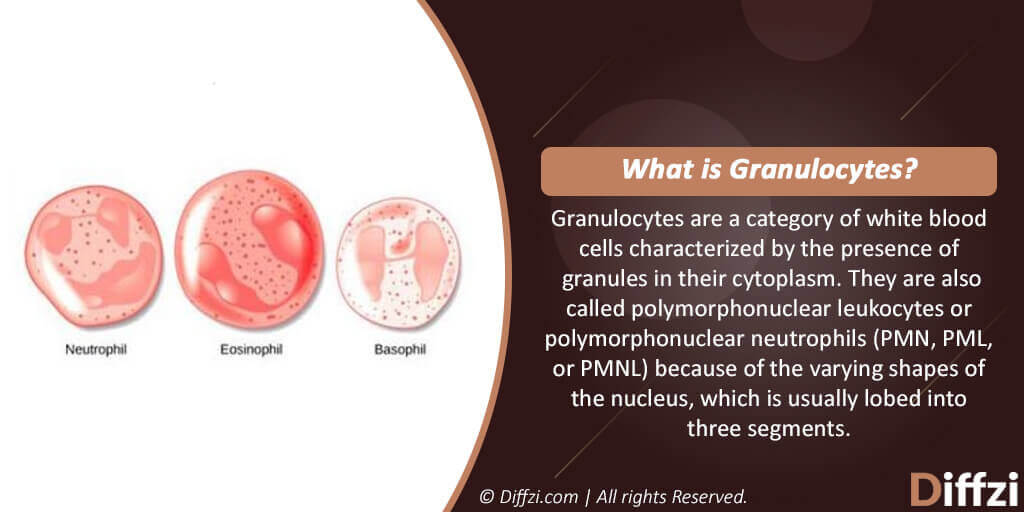 The type of white blood cells that do not have any granules in them are the ones that are called agranulocytes. They have just one lobe in comparison to the other ones that have around 2 to 4 lobes normally. They have therefore known as mononuclear leukocytes a name they get because of just one nucleus present within them. Since the absence of granules characterizes them. Therefore that becomes the basis of the distinction between them. Although they are less abundant than others but still make up to 35% of the total white blood cells, present in the human body. They also have three main types. The first one is called lymphocytes that is one of the main types of white blood cells that is present in the immune system of a human being and considered of vital importance. That is because of the reason that they provide stability to the human body and help them stay away from serious issues. They help as natural killers for foreign bodies, help in meditation and improve the immune system of people. The next ones are monocytes; they are the ones which are present in most numbers of the blood and can acquire features of other parts and help in improving the immune system. They look like amoeboid and have a cytoplasm that can have granules. The last ones are macrophages; these are the things that help in digestions of cellular debris and foreign substances that enter the body with the aid of bacteria. Their structure is much more complicated although there is just one nucleus present and the number of lobes is less but are the most efficient ones that exist in the blood. 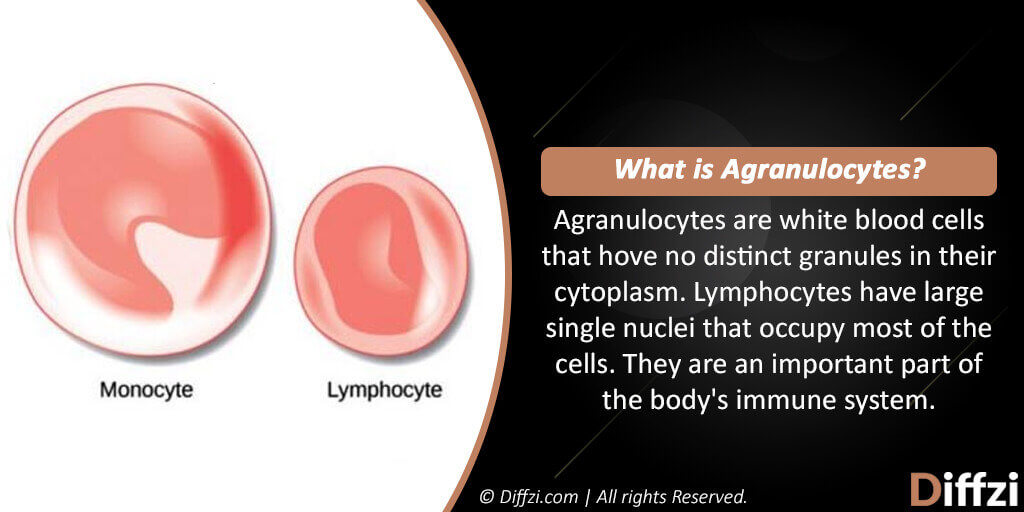 Key Differences between Granulocytes and Agranulocytes