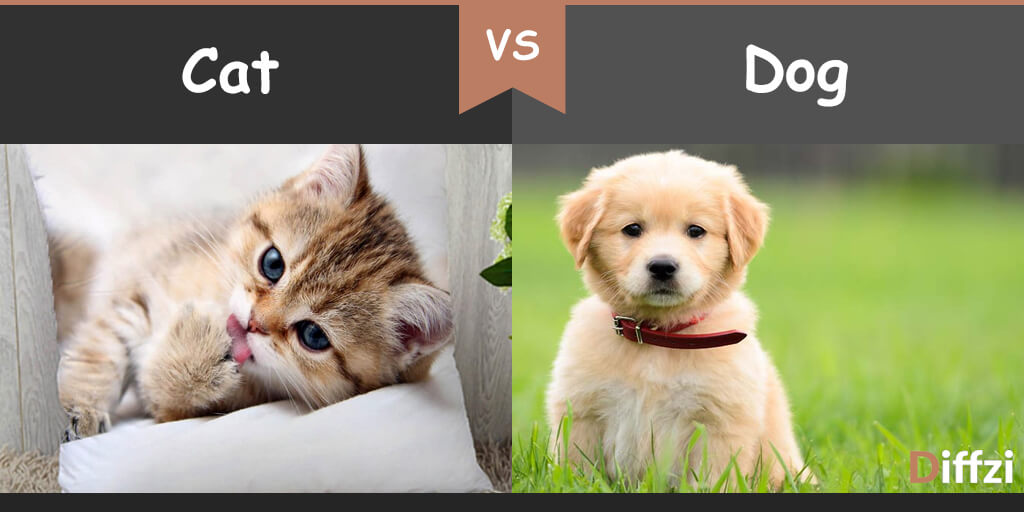 Are you looking for a baby pet or workout buddy? Are you confused while choosing between cats and dogs? We have some information about both these pet animals which can help you in choosing and understanding the differences between them.

There are so many differences between cats and dogs, but the main difference between cats and dogs is the size and behavior of these pets. Cats are lively, athletic, and quick and spend their time mostly while playing games. On the other hand, dogs are pack animals which means they are easy to train, and they adapt changes easily from their surroundings.

However, the personality and behavior of cats and dogs may vary so greatly. Another main difference between cats and dogs is their sound, or the way they sound such as the dog will bark howl or growl, on the other hand, cat’s meow or snarls.

Cat is one of the famous and most preferred pet animals in the world. The cats belong to the feline family, and they have different species and breeds depend on the geographical region where they are found.

According to the Animal Humane Society, cats are nocturnal animals as they are more playful at night. Cats are independent and bossy by nature as they don’t rely on their humans for their basic needs of food, and they can stay alone for quite a long time.

Cats have very pointed and retractable claws that help the cats in climbing the trees and without effort, they can leap from high spaces. Cats can be classified into two main types; such as wildcats and domestic cats.

Domestic cats mostly found in the occupied area and are subdivided into two categories; free-roaming street cats or stray cats and others are pet cats.

The free-roaming street cats are quite independent, and they eat whatever is available, whereas pet cats live with their owners and they eat special cat food, meat, milk. Their owners also vaccinate these cats.

A dog is a muscular animal with four legs and a shaggy tail. Their bodies are fully covered or spotted with the fur of the same color. They are well built to hunt and have exceptional senses to track the prey; generally, they use their nose to catch the prey. Moreover, their strong legs help them in running and sharp teeth for biting the prey.

Dogs are the most famous pet animals in the world and, they are also known as man’s best friend due to their faithfulness and devotion, no matter how rich or how poor you are? Your dog will be loyal and faithful to you and will always love you.

A dog can be trained properly with patience or in a group. They can adjust easily in your family and surroundings. You should not mistreat a dog, and it will bite you in self-defense.

There are 138 dog breeds, depend on the country. The dogs can be different in appearance, temperament, size. The weight of small dogs can be 1.5 pounds, whereas some larger dogs can weigh like 200 pounds.

Cats and dogs are the most famous poets in the world. Cats are a bossy and independent mammal, on the other hand, dogs are famous for their loyalty and devotion. While choosing between cats and dogs, you should consider how much time you can spend with your pet. If you have a small house so, the cat is a good option for you because cats live happily in small spaces. However, if your house is large so you can go with the dog because dogs enjoy large spaces they love to play and run back.