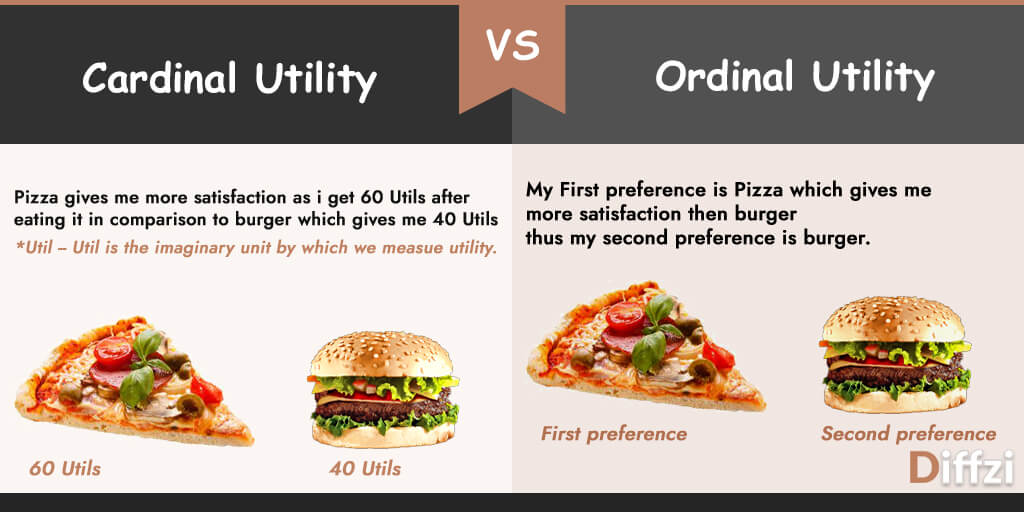 “A loyal customer is a walking advertisement.”

To be successful, all organizations must fulfill the needs, wants, and demands of their customer. That is the reason why behind the success of many big companies. Moreover, customer satisfaction and loyalty have a positive effect on an organization’s profitability.

Many researchers have looked into the importance of customer satisfaction and find out the ways of measuring it numerically. It is because having a satisfied customer is not enough, and there have to be extremely satisfied customers. There are many theories available that describe the level of customer satisfaction. However, there are two predominant theories of utility cardinal utility and ordinal utility that measures the amount of pleasure, happiness, and satisfaction achieved by the consumer.

What is Cardinal Utility?

Cardinal utility is the oldest theory of demand that enables consumers to rank the magnitude in terms of countable numbers of how much they prefer one good to another. Look at this example below to thoroughly understand the practical meaning of this theory:

You own a Mazda car that gives 3,000 units of utility, whereas your friend owns an Audi that offers 7,000 units of utility. It means one needs $3,000 to pay for a used Mazda car, while $7,000 is required to get hands-on Audi. In other words, the price of cardinal utility is directly proportional to the price we are willing to pay. The concept of cardinal utility helps each of us to have an outlook regarding the utility of a product in different ways. Cardinal Value is the acceptance that economic benefits can be directly measured and valued.

What is Ordinal Utility?

According to the ordinal utility, the satisfaction of the consumers derived by the consumption of goods or services cannot be measured numerically. This theory is proposed by the modern economist named J.R.Hicks and R.G.D Allen.

As against the concept of cardinal utility where neoclassical economists claim that the utility can be calculated and represented with the help of the cardinal numbers, modern economists propose that the psychological phenomena cannot be assessed objectively, quantitatively, or even numerically.

If explained simply, the measurement of ordinal utility is qualitative, based on the ranking of the product’s tastes. For example, presume someone prefers to have orange over apple and then a banana. Then this person can rank his preferences as orange > apple > banana.

The theory of ordinal utility follows a single product analysis in which the utility of one component is supposed to be independent of the other. Alfred Marshall stopped addressing substitutes and complementary products by bringing them together as one product.

The indifference curve approach in ordinal utility is a two-product analysis which addresses consumer behavior in case of alternatives products. It is, therefore, equal to the study of the utility analysis.

There are many theories proposed by the researchers that describe the level of satisfaction. However, cardinal utility and ordinal utility are two predominant theories of utility. The theory of cardinal utility was formulated by Neo-classical economists who explained that utility is measurable and can be expressed quantitatively or cardinally such as, 1, 2, 3, and the number goes on. In cardinal utility, the satisfaction of the consumers after the consumption of goods or services is measured in “utils”. It is presumed that one util is equal to one unit of money. However, with time, it is realized that the cardinal measurement of utility is not possible, thus this theory was labelled as less realistic. Whereas, the theory of ordinal utility was formulated by Prof. J.R.Hicks, who explained that the satisfaction which a consumer derives from the consumption of products or services could not be measured numerically. This theory measures the satisfaction of consumers in terms of “ranks” such as 1st, 2nd, 3rd, and the list goes on. This theory is believed to be more realistic and practical because it relies on qualitative measurement.