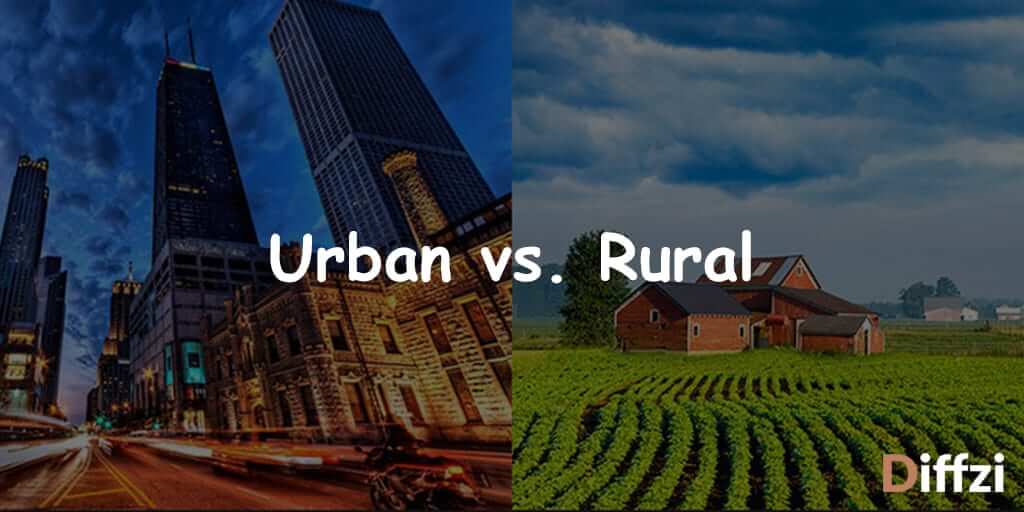 In human settlements, urban stands for an area that is characterized by high human population and vast human-built infrastructures in comparison to the areas surrounding it. City, towns, conurbations are examples of urban and this term is can’t be extended to villages and hamlets. At present, 3.9 billion people out of the population of 7.25 billion people, are living in urban areas.

The world is gradually becoming more urban than rural. According to the Population Division of the United Nations Department of Economic and Social Affairs, “the urban population would grow to 6.4 billion by 2050, with 37% of that growth to come from three countries: China, India, and Nigeria.” By the process of urbanization, the urban areas are being developed further.

Rural has a simple definition, an area that is located outside the towns and cities is called rural like villages and hamlets. According to the U.S. Department of Health and Human Services: “Rural is an area that encompassing all population, housing, and territory not included within an urban area.

Whatever is not urban is considered rural.” Rural areas have a low population and small settlement as compare to urban areas. In fact, their areas are means of agriculture and cultivation. For statistical and administrative purposes, most of the countries have varying definitions for rural. Organization for Economic Co-operation and Development of Canada defines the rural region as the area having over 50% of the population as compared to rural and has a population density below 150 people per square kilometer.