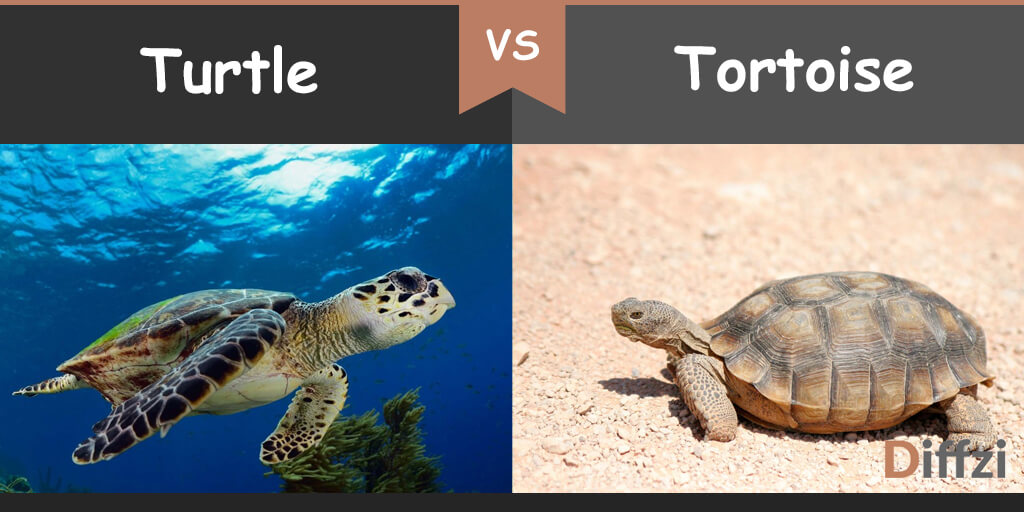 Turtle and tortoise both are reptiles and belong to the same family called Testudeines but the main difference between them is where they live. Depending upon the environmental conditions, turtles can be aquatic, semi-aquatic, or terrestrial which means turtles can dwell on land as well as in the water whereas tortoise live on land and are not able to dwell in the water.

A word turtle is often used as an umbrella term for all 200 species of the Testudines group which includes turtles, tortoises, and terrapins. All the species belonging to this family have two distinct features,

Turtles are reptiles with a body enclosed in bony shells that protect them from predators. They are among the oldest and most primitive groups of reptiles having evolved millions of years ago making them older than snakes, lizards, and alligators.

According to the Integrated Taxonomic Information System (IT IS), turtle belongs the order Testudines or Chelonia, and the order splits into two suborders known as Cryptodira and Pleurodira, and then finally splits into 13 families, 75 genera, and more than 300 species.

According to the San Diego Zoo, following are some facts of turtles: Like turtle, tortoise also belongs to the same family Testudinidae. The tortoise is an exclusively land-dwelling reptile that can be found in every continent except Antarctica.

Following are some facts of the tortoise: Key Differences between Turtle and Tortoise

Though both the turtles and tortoise are cold-blooded reptiles, have scales, breath air, and lay eggs on land but there are several differences between these two unique creatures such as the size and shape of shell and feet and their habitat.