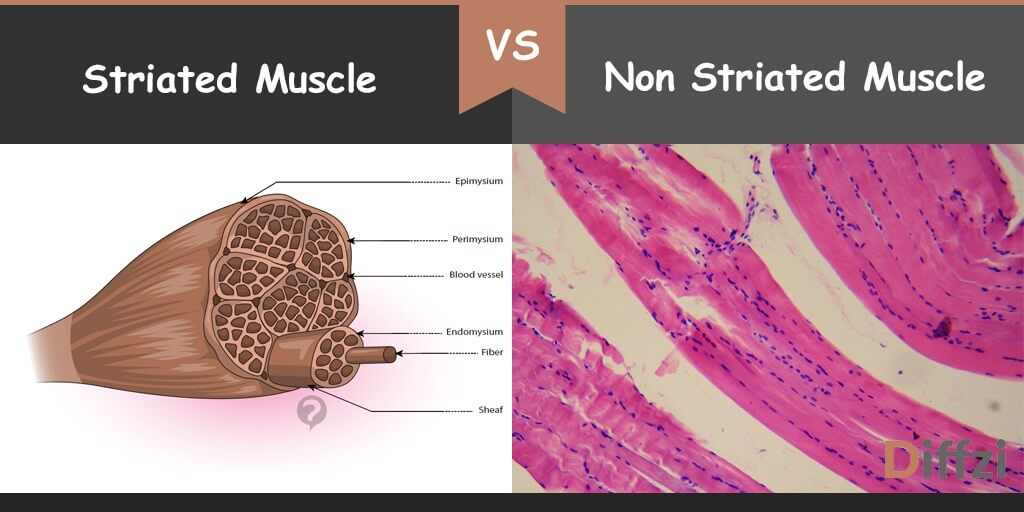 What is Striated Muscle?

They are those types of muscles in which muscle fibers show cross striations. They are also called voluntary muscles because they can be controlled consciously according to the will of the animal. Locomotion and movements of the body parts take place by the contraction of these muscles.

They are also named as skeletal muscles because they are attached with bones via tendons. Tendon is the tissue which connects the bone with a muscle. It is a white colored elongated band. Striated muscle fibers have multiple nuclei per cell.

They also exhibit numerous mitochondria and abundant glycogen granules in the cell because they need much energy for the contraction which is achieved by aerobic metabolism, but they also have the ability to get energy by anaerobic metabolism when oxygen is not actively supplied or when there is a high demand for energy. Their contractile unit is sarcomere which is actually the area between two adjacent Z lines.

They contract by sliding the filaments of adjacent muscles fibers. These contractions are explained according to the sliding filament model. The shape of muscle fibers of striated muscles is spindle shape, and they exhibit blunt ends. The examples of the striated type of muscles can be given as bicep muscles, triceps, quadriceps, hamstrings, muscles of the shoulder girdle and rectus muscle of abdomen, etc.

What is Non-Striated Muscle?

These are those types of muscles in which muscle fibers do not show cross striations. They are involuntary muscles because they cannot be controlled willingly; rather they are under the control of the autonomic nervous system.

They are found in the hollow viscera of the body. They exhibit a very smooth surface, and that is the reason for naming them smooth muscles. The muscle fibers of these types of muscles do not have abundant glycogen granules. They have a single nucleus per cell. The sarcoplasmic reticulum is usually poorly developed, and they do not have abundant mitochondria.