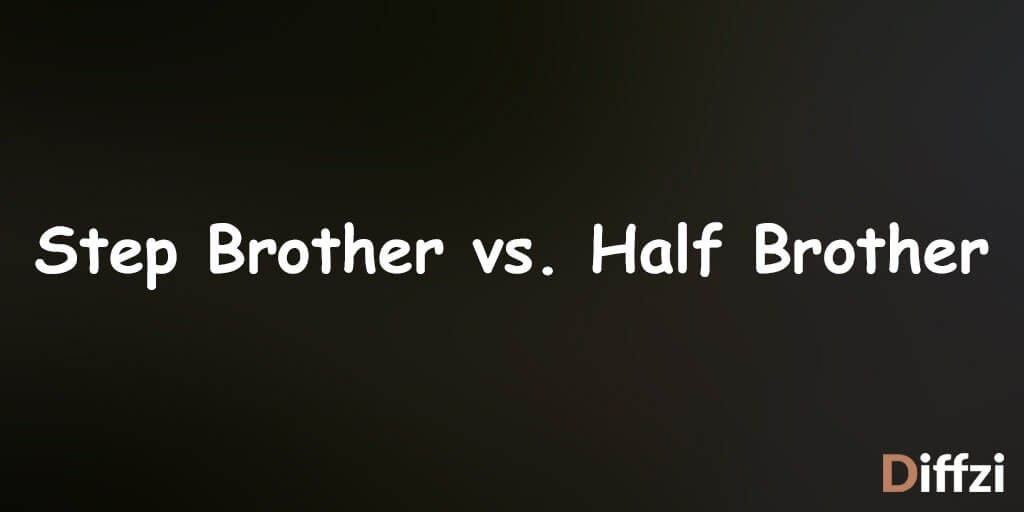 Contents: Difference between Step Brother and Half Brother

What is Step Brother?

Understand it with an example. Suppose Jack is the only children of his parents. Unfortunately his father died or his mother divorced and his mother remarried with another person who has already a boy Michael. Now Michael is your step brother. He is in all aspect your legal brother but the difference is that you have no common genes because you both are from different parents. This is all in case of step relationship. This example can also be understand in case of remarried of father in case of divorce or death of mother.

What is Half Brother?

Continue the above example. After remarried, Jack’s mother has a boy child from his step dad. Now that boy is the half brother of Jack. He is half brother of Jack because he and Jack both have common mother but have not common father because he is from Jack’s step-dad, not from his original dad. That’s why this relationship is known as half brother because both Jack and his new born brother both have common genes from mother side. This example can also be understand in case of remarried of father in case of divorce or death of mother.