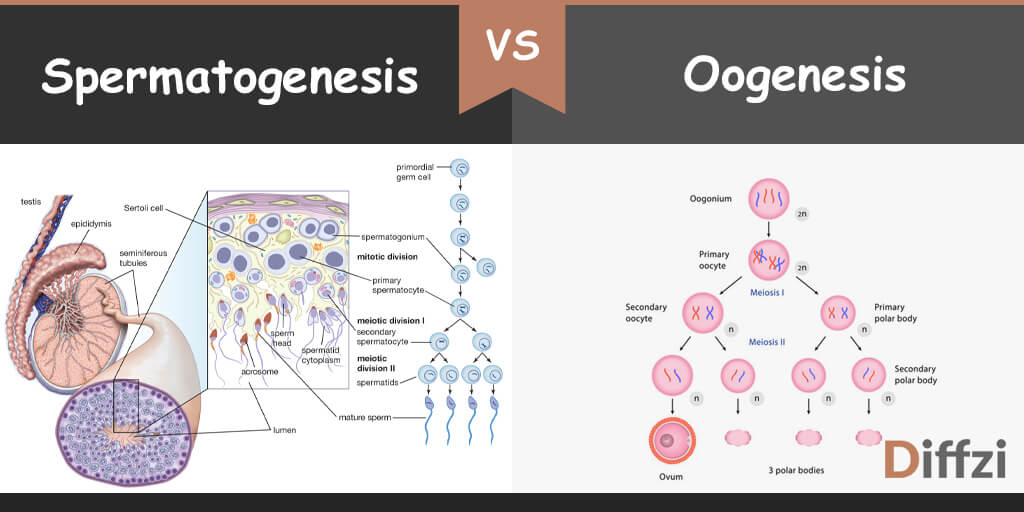 Oogenesis is the formation of female gametes called ovum, which takes place in ovaries. Multiplication, growth and maturation are the three phases of this process. In this process, a primary oocyte divides to form a secondary oocyte with the formation of one polar body. Secondary oocyte then divides to form an ovum and one polar body again. This process is carried out in female reproductive tracts and then oocyte is released from the ovaries. Then after this, they mature outside ovaries when and if the process of fertilization takes, please. Key Differences between Spermatogenesis and Oogenesis