The rhythm of heart is its ability to contract spontaneously at a regular rate. S.A node generates electrical current which causes heart to contract at regular intervals and sets the hate rate of heart from 60-100 bpm. S.A node is a primary pacemaker of the heart. A.V node is present just below the S.A node and electrically connects the atrial and ventricle chambers. S.A node and A.V node both are instrumental in cardiac conduction, which powers the cardiac cycle by firing electrical impulses. 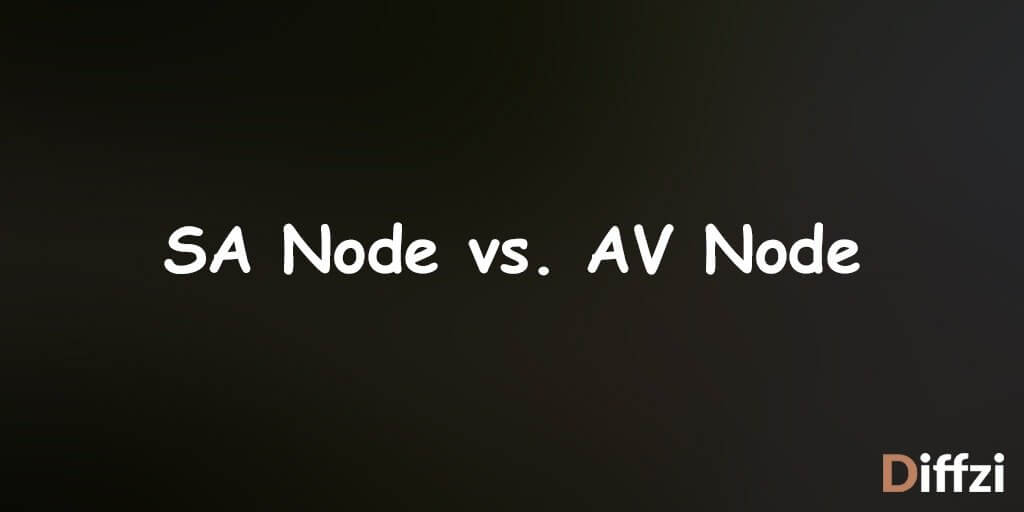 What is S.A Node?

What is A.V Node?

A.V node or atrioventricular node is known as pacesetter of the heart and it receives impulses from S.A node. A.V node is also part of electrical conduction system of the heart that coordinates its activity with S.A node. It connects atria and ventricle electrically. A.V node is an oval mass of myogenic fibers between atria and ventricles of the heart, lies in posterioinferior region of interatrial septum near the opening of coronary sinus and conducts normal electrical impulses from atria to the ventricles. A.V node sets the rhythm of the heart contractions. The normal firing rate of A.V node without stimulation is 40-60 times/minute. There is a delay of 0.12s in A.V node. This delay is very important because it ensures that the atria have ejected all the blood into the ventricles before the ventricles start to contract. A.V node have a unique property that is decremental conduction in which more frequently the A.V node is stimulated the slower it conducts. There are two different pathways through A.V conduction take place: the first “pathway” has slow conduction velocity with shorter refractory period and the second “pathway” has faster conduction velocity with longer refractory period.