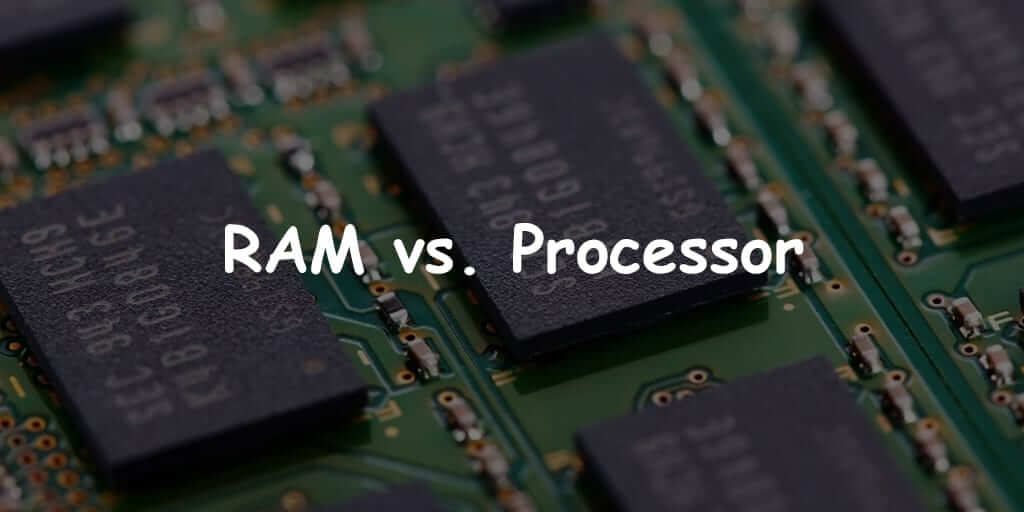 RAM is a medium of primary storage. Whenever we want to perform some task, memory is first loaded in RAM before the hard drive. The more RAM means the more memory will be stored by it and it will be capable of circulating the memory fast. Its memory storage system is volatile by default. It holds information and processed data until you are working on your computer. When you will shut down your system all memory will be erased automatically. It stores all the memory up to a limit. After reaching a specific limit, it will erase the old useless memory for new memory.

What is a Processor?

Processor is the operating system of a computer which processes the input and saved data. Whenever we command a task to a computer, the processor starts to process the task according to given instructions. It can perform multi-task at the same time. Either you type or play music, all these are performed by the processor. All the functions are processed by its two main function ALU (Arithmetic Logic Unit) and CU (Control Unit). Its basic unit is GHz. It means it can perform one billion cycles of instructions in one second. The more you will update the processor, the more it will be able to perform high cycles per second. At that time, AMD, ARM and Intel are manufacturing different kinds of processor.

Key Differences between RAM and Processor