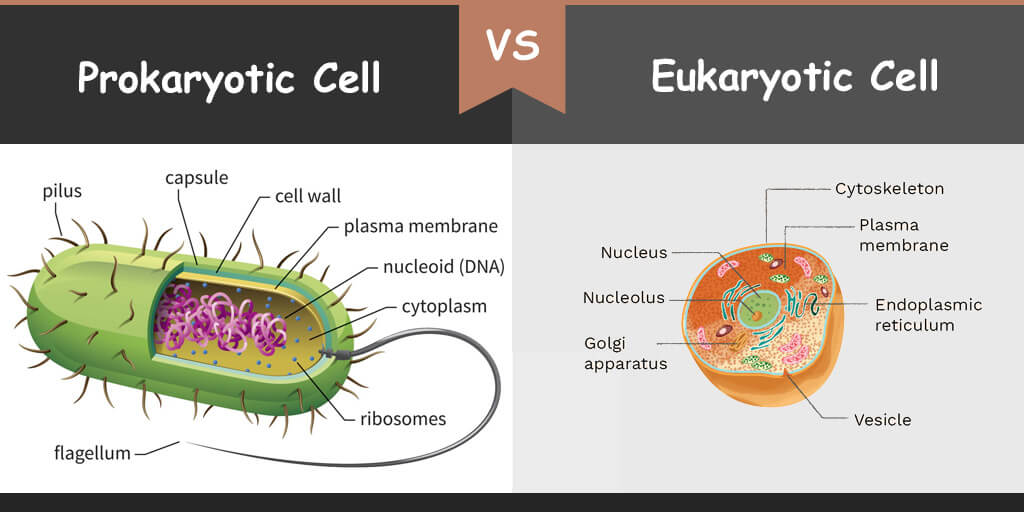 An evolution from prokaryotes to eukaryotes

Prokaryotic cells are the most ancient kind of cells that were found in the Three Domain System that includes bacteria and archaeans.

Many prokaryotes such as bacteria can be found almost anywhere living in our body and are able to thrive in a starvation environment when enough nutrients are not available. Archaeal cells are another example of prokaryotic cells that are similar in size and shape to bacteria and are also composed of single-cell and are found in extreme environments such as hot springs, soils, oceans, marshlands, and inside the body of other organisms.

Millions of years ago prokaryotes were the only existing life on earth until 1.5 to 2 billion years back, when fossil records indicate that eukaryotic cells are evolved from prokaryotic cells that joined together in a symbiotic union.

What are Prokaryotic Cells?

Prokaryotic cells are the smallest, simplest, and most ancient cells and the organisms made from these cells known as prokaryotes.

Prokaryotes are unicellular organisms that do not have a true nucleus as the DNA is not contained within a membrane or separated from the rest of the cell known as nucleiod.

All prokaryotic cells have a nucleoid region that contains DNA and RNA as their genetic material, ribosomes that are the sub-units of proteins, and cytoplasm that contains a cytoskeleton that helps in supporting the other parts of the cell.

Prokaryotic cells usually range between 0.1 to 5 micrometers in length and have a higher surface area/ volume ratio which makes them able to obtain a larger amount of nutrients via the plasma membrane.

There are four main components of prokaryotic cells:

A plasma membrane also called a cell membrane is an outer covering that surrounds the cell’s cytoplasm and helps in regulating the flow of substances into and out of the cell.

The cytoplasm is a gel-like fluid composed mainly of water, enzymes, and salts in which all of the other cell components are suspended. The cytoplasm is the region found outside the nucleus but inside the plasma membrane.

Ribosomes found in prokaryotic cells are smaller and have a slightly different shape and composition than those found in eukaryotic cells. Despite the differences, the function of ribosomes is to build proteins by translating messages sent from DNA in both types of cells.

In prokaryotic cells, genetic material is found in large quantities in the form of DNA and RNA because the prokaryotic cell does not have a well-defined nucleus so a chromosomal DNA tends to look like a mess of string in the middle of the cell containing most of the genes needed for cell growth, survival, and reproduction. What are Eukaryotic Cells?

Eukaryotic cells are larger and complex cells that possess a clearly defined nucleus, organelles, and are enclosed by a plasma membrane.

Organisms that are composed of eukaryotic cells are known as eukaryotes that include protozoa, fungi, plants, and animals.

Unlike prokaryotic cells in which DNA is loosely bound in the nucleoid region, eukaryotic cells possess a nucleus and are surrounded by a complex nuclear membrane that separates the inside of the cell from the outside environment.