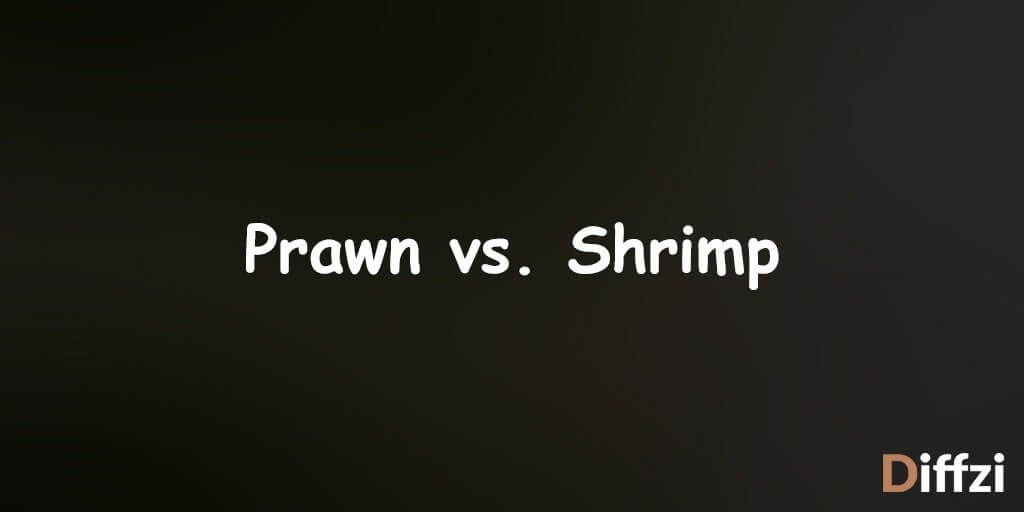 Contents: Difference between Prawn and Shrimp

Prawn is an eatable sea creature with hard skins and ten legs. Most of the types of prawn can be eaten while there are few that are not fit for eating purpose. The word prawn is often confused with shrimp; however, it stands for entirely a different sea animal. Many signs create the differences between prawn and shrimp. Despite the fact that prawns are different from shrimp in many ways still in many countries the term prawn and shrimp stands for the same thing. The word prawn is mostly used in the United Kingdom while those living in the United States use the word shrimp for the same thing. Most of the biologists describe the word for a creature that is found in the sea in larger forms. Its body formation is entirely different from the shrimp in many ways. First of all, each segment of prawn body overlaps the one behind, resulting the second segment overlaps the third segment only. The other visible difference between prawn and shrimp is that prawn body shape contains no distinct bend at all. It contains more calories compared to shrimp. 100 gram of prawn contains 105 kcal.

Shrimp is sea animal just like prawn but different from it on many grounds. The term shrimp is often used to denote those sea animals having elongated bodies and have the capabilities of swimming mode of locomotion. In some fields and areas, the word prawn and shrimp are often confused and taken as the interchangeable word for the same creature. As compared to prawn, it has more types. It is in abundant in many seas and oceans of the world. Currently, there are thousands of species of shrimp sin which only a few are eatable. Shrimp are habitats of the seafloor and can be found near coastal areas and also in the lakes and rivers. Its lifespan is also more than prawn. In average, a shrimp can live from one to seven years. As compared to prawn, shrimp mostly lives in a large form of school during the spawning season. Their demand is many time higher than that of prawn and for the same reason share a greater part of the food chain. Shrimp is also a primary food source for the sea creatures like fish and whales. It is also caught and farmed for the human consumption as well.

1 thought on “Prawn vs. Shrimp”