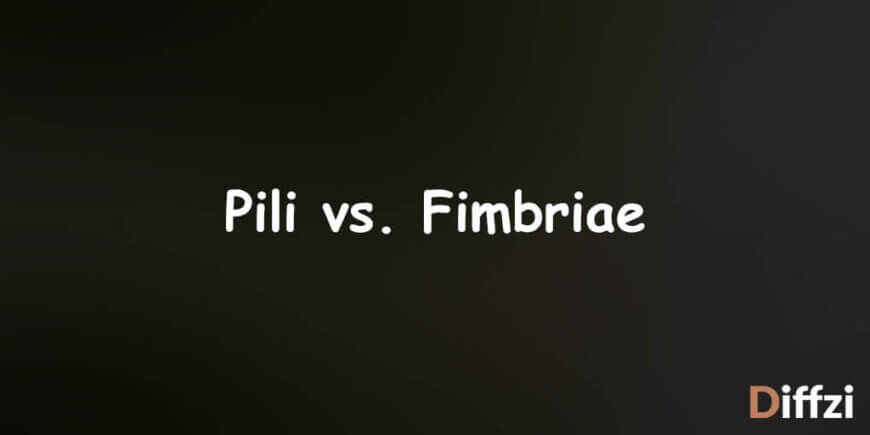 Contents: Difference between Pili and Fimbriae

Pili is an appendage present on cell surface which is used for the purpose of attachment. They are present only in gram negative bacteria and are long, thick, tubular structure which is made up of protein which is known as pilin. Hence the name, pili. Indirectly, pili are useful in reproduction process of a bacteria because they help in attachment of one bacterium to another during the conjugation process, that is why it is also known as sex-pili. Sex-pili are responsible for the sharing of genes. Plasmid genes are responsible for the manufacture of pili and their number is comparatively less then fimbriae. They are thicker, tube like outgrowths which do not play any role in locomotion. It is also known as organ of adhesion due to its quality of sticking to other cells during the process of conjugation. And while doing it, a pipe like tube called conjugation tube is formed which helps in cell to cell attachment.

They are found in gram negative as well as gram positive bacteria but are shorter in length as compared to pili. Bacterial genes which are present in the nucleoid region are basically responsible for the manufacture of fimbriae. Basic function of fimbriae is cell to surface attachment of the bacteria. They are composed of protein sub-units and are evenly distributed over the entire surface of the cell. It form cluster of cells by sticking to each other and to the surface. They even help some pathogens to adhere tightly to other cells causing infections.

Key Differences between Pili and Fimbriae