There are different mechanisms of an automobile that require continuous measurement and analysis in order to maintain the life of that vehicle. There are different standards that have been set for the manufactures to make sure they abide by the processes that instigate. The two most important diagnostic system which is in place are called OBD1 and OBD2. The main difference between them is that OBD1 was the pioneer system and was not implemented properly by manufacturers so therefore became obsolete whereas the OBD2 is the system that is advanced and frequently used because of the necessary analysis and checks can be done. 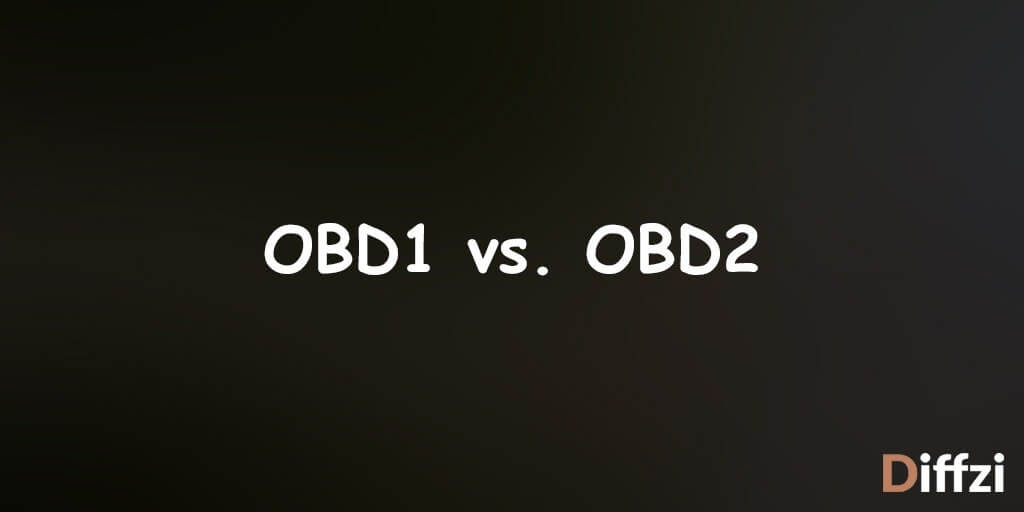 Contents: Difference between OBD1 and OBD2

OBD1 is the type of diagnostic system that is used for the cars when it comes to the focus on control in the emissions it is producing and the control of such discharge system of that vehicle. It was the first one of its type and targeted on the ability of the automotive to deal with the changes taking place and give a feedback depending on the benchmarks that define the limits. It allows the device owner or the person who is dealing with the repair work to access the device and check the vehicle’s subsystems. The amount of the emissions or other factors have kept on changing with time but whenever there is a serious problem with the system it can easily be detected. OBDI was a standard that sets for vehicles in the United States. Initially, it had the official status when it was made known to in 1991 for all the machines in California, but now other types have taken over. The primary function of this was to make sure that people who are involved in design and manufacturing of the car can develop a system which gets known as dependable when it comes to control of emissions taking place. This process could then result in the increased life of all the systems, which are collectively known as the useful life. It was not able to gain much success because every car manufacturer came up with their such systems that had different levels of emissions allowed. The man symbol from where any error could locate through the tube in this system was the check engine light and the service engine soon indication.

When the first system failed, there was a requirement of coming up with a better and more precise system so that people can follow a standard. This action was the reason OBD2 formulated when the OBD1 and OBD1.5 failed to gain much success. It is advanced in a way that it helps in the diagnosing connector, the pinout connected to it, the electrical signals that are present on the device and help them in reading along with the messaging format to provide all the vehicle parameters. This application helped in monitoring and the information on how to decode a particular data for every part. This software was called the second generation system and began working in 1996, five years after the first system. There was a proper programming language that was present that helped in identifying the basis emissions related data, and whatever failures that occurred due to it. The tools were linked with the device to make it easy for the car owner or the person dealing with the repair work. The codes consist of alphabets in the beginning and then four numbers coming after these. The letter B, for example, is used for body whereas P stands for the powertrain. There are other generic codes also present along with the original systems Here, the first number is a one, that indicates the code unique to the manufacturer. The second digit is the actual user code and tells what the error is. The next two are the numbers used for fuel vapor system and the ignition system respectively. This system checks for sensor and actuator circuits for errors such as being open, sort, high or even resistant so that the main problem comes out and then solved within few minutes.

Key Differences between OBD1 and OBD2