“Ms.” can being used to refer any woman married or unmarried as it does not depend on marital status of woman. “Miss” is always used for a woman who is unmarried while “Mrs.” should be used to refer a married woman. 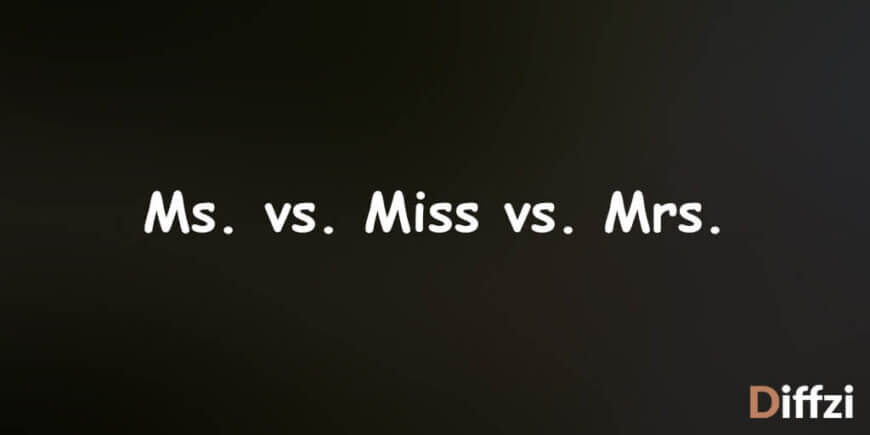 Contents: Difference between Ms. and Miss and Mrs.

Ms. is an English honorific word used with the full name of a woman either she is married or unmarried. Ms. can’t be used without the name of person. Ms. is being used in English literature since 17th century along with two other worlds like Miss and Mrs. This word was formally drawn from Mistress. The term was most used in the 1970 than even before when women started becoming empowered and created their stance in the business world. The title was introduced as similarity to male honored words Sir and Mr. which is also used for male either he is married or unmarried.

Miss is an English honorific world traditionally used only for an unmarried woman. This world was first time used in 17th century as a contraction of mistress. In some countries of United States, it is used to call a girl that are under the age of 18. In past it was also used as business title or tile position like Miss World or Miss Universe. In some countries, it is also used to refer to a female teacher. The usage of the world Miss has been decreased but still some people used this world to address a young lady.

Key Differences between Ms. and Miss and Mrs.