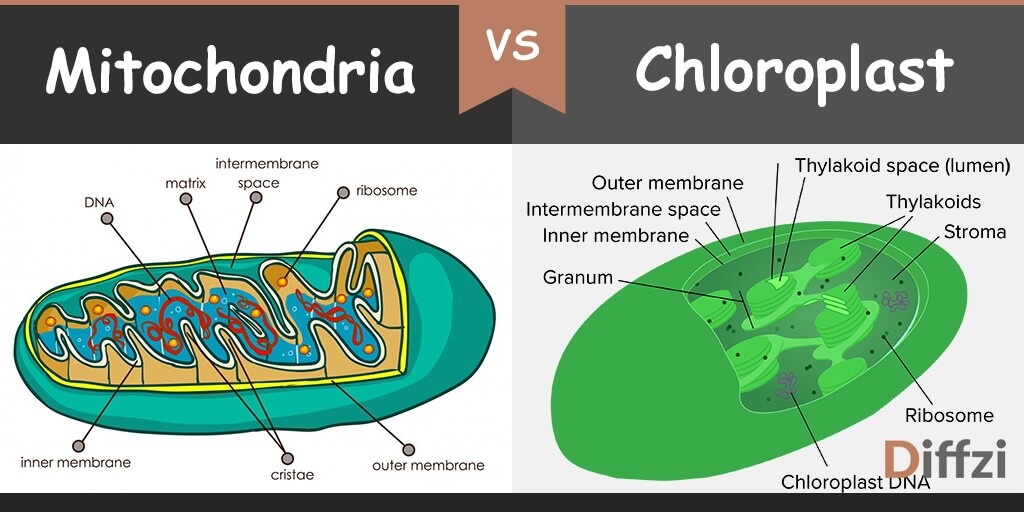 The inner surface of mitochondria has a greater surface area than chloroplast because its inner surface has numerous folds called cristae. The inner surface of the chloroplast is very complex. It has many thylakoid sacks which are stacked upon each other and joined from each other by stromal lamella. Chlorophyll is found in these stacks. A semi-fluid is present around the stacks and stromal lamella which is known as the stroma. Numerous respiratory enzymes are found in mitochondria which are specific for its functions. Such respiratory enzymes are not found in the chloroplast.

Mitochondria convert organic matter to ATP which is the energy currency of the cell. While chloroplast carries the reaction of photosynthesis during which glucose is produced using carbon dioxide and water using sunlight in the presence of chlorophyll. Mitochondria are known as the powerhouse of the cell. The chloroplast is green colored organelle because of the presence of a green pigment called chlorophyll while mitochondria have no color. Mitochondria is a double-chambered organelle. Its chambers are known as cristae and matrix. Chloroplast are also double chambered. Its chambers are known as thylakoid and stroma.

Mitochondria is an organelle which is present in all of the eukaryotic cells. It has its own DNA and ribosome. Since both of the things are present in bacteria too so, it is believed that mitochondria came into existence in the result of endosymbiosis of bacteria with a eukaryotic cell. Mitochondria are actually the powerhouse of the cell. It is the place where energy is generated from organic matter using oxygen with the help of certain respiratory enzymes. The process of this energy generation is called respiration.

Mitochondria have two membranes. Both are composed of lipids and proteins as the cell membrane. The outer membrane is smooth while the inner membrane is folded to form cristae which increase the surface area of the inner surface called the matrix. Many reactions take place in mitochondria like oxidative phosphorylation, oxidation and respiration. 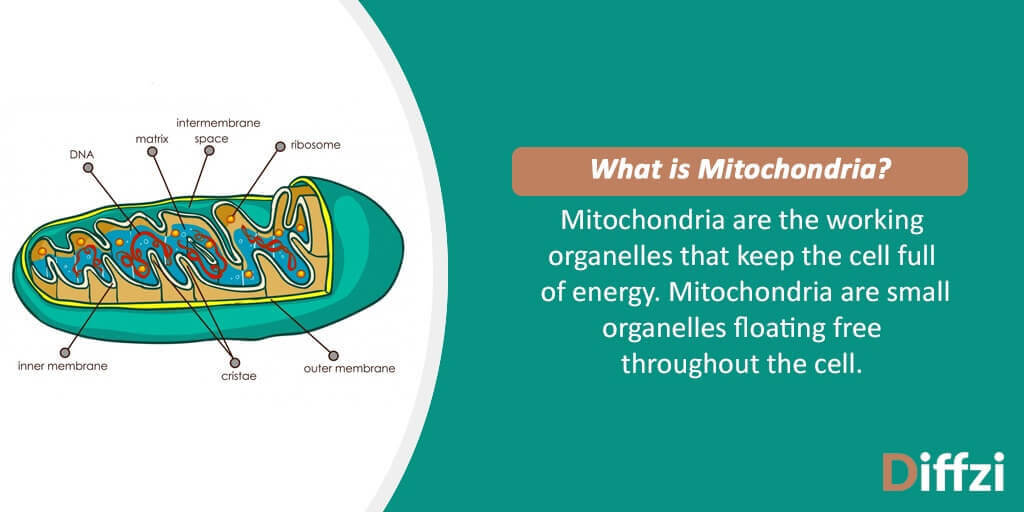 Mitochondria maybe a few to hundreds in a cell depending upon the energy need of the cell. One exception is that mitochondria are not found in mature red blood cells. Their diameter is 0.75 to 3um.

Chloroplast are also double membranous organelle present exclusively in green leafy plants and green algae and some protists. They also have their own DNA and ribosomes, so they are also believed to be originated in the result of endosymbiosis of bacteria with eukaryotic cells.

In this organelle, thylakoid sacs are present which stack upon each other. Many stacks are connected with each other via stromal lamella. Many stacks connected with each other are termed as grana (singular granum). The green color of the chloroplast is due to the presence of green pigment chlorophyll. Chloroplast takes part in the reaction of photosynthesis during which glucose is produced in plants using carbon dioxide and water in the presence of sunlight. Thus chloroplast is mandatory for the survival of autotrophs. 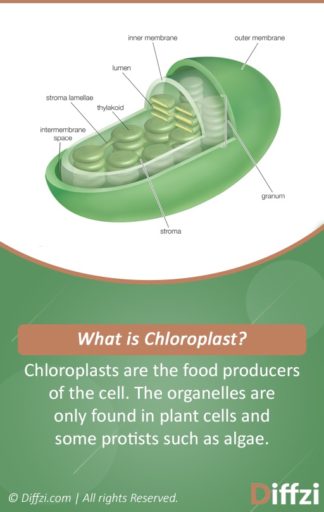