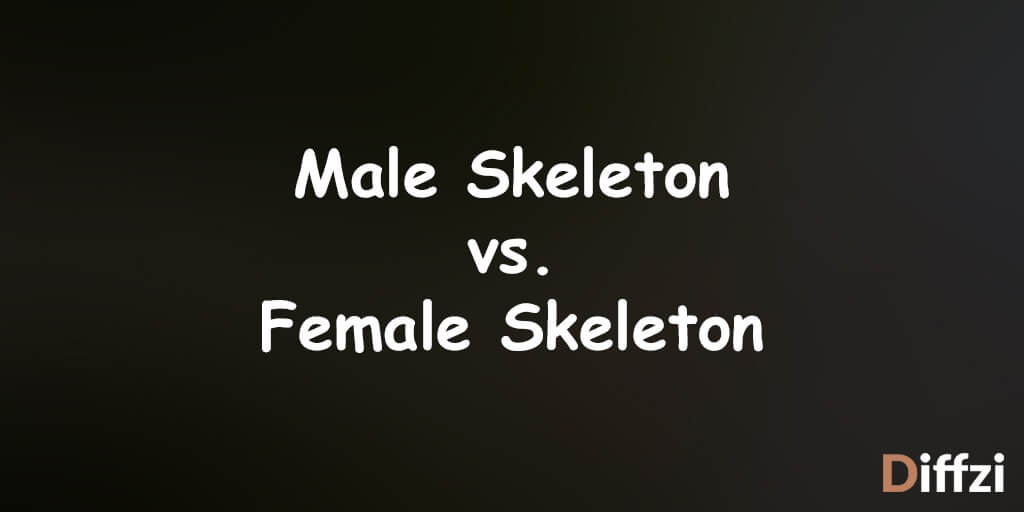 Skeleton is the framework of our body. It gives our body the strength and rigidity which is required by our body. Skeleton helps in maintaining body’s posture, mobility and strength. The main difference between male and female skeleton lies in the pelvis mainly. Apart from that, there is no method that could determine the sex of the skeleton with 100% accuracy. The pelvis of a male skeleton is narrow and less roomy. While that of female skeleton is wide and deep because of the child’s birth process that has to be taken place in the female.

What is Male Skeleton?

Pelvic cavity is narrower in males as compared to females, apart from that it is heavy and thick. Sacrum is long, narrow and more concave in shape but coccyx is less movable in a male skeleton. There are many more structural differences in male and female skeleton. In males, a hormone called testosterone is released which helps in the growth of males. Structural differences lies in the skull, too. External occipital protuberance is a small protrusion at the back of the skull which is more prominent in a male skull rather a female skull. Apart from that, the brow bones are also very prominent in a male skull as compared to female skull. Bones that make up limbs also show dramatic differences. For instance, tibia and fibula of a male skeleton are more thicker.

What is Female Skeleton?

In females, estrogen hormone is released which is important for the growth of female bones and for maintaining their strength. Females are known to get mature first and that is reason why their pace of growth is faster than that of males. Jaw bones of  female skull are more rounded but that of male skull are rounded. Generally, a female skeleton is lighter and smaller than a male skeleton but some female skeletons are even heavier than a male skeleton. When a female hits puberty, her estrogen level is so high and it causes female bones to stop developing by the age of 18.