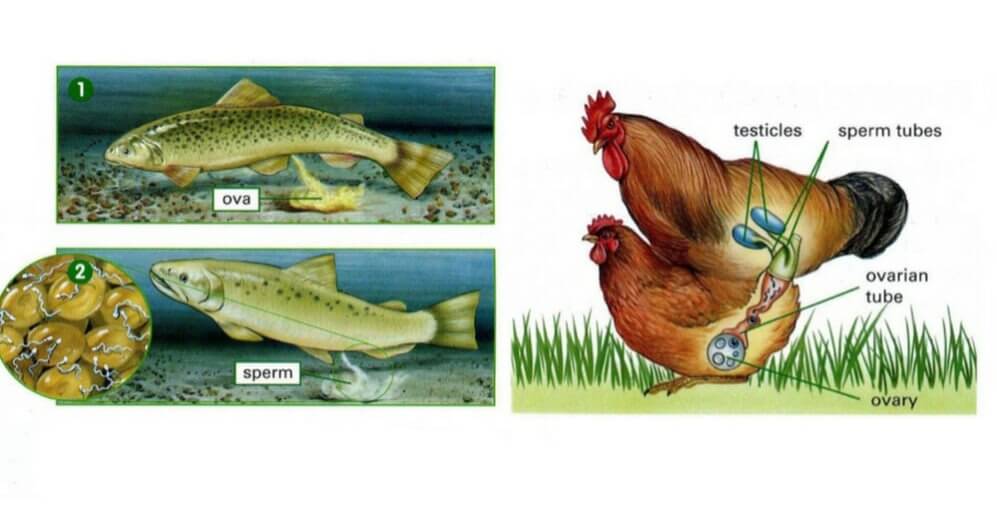 The disadvantages of internal fertilization are, high energy is required for mating. It is also a time-consuming process to find a mate. Offspring are produced less in number. Larger contribution from the female parent is required. The disadvantages of the external fertilization are, the chances of survival of the offspring are greatly reduced because of the harsh external environment. Less care and protection of the offspring leads them to death. The offspring can survive only in the wet or moistened environment.

What is internal fertilization?

Internal fertilization is a type of fertilization in which the male gametes or sperms unite with the female gametes inside the body of the female. Male gametes are entered in the body of a female via the male copulative organ. This type of fertilization takes place in the terrestrial animals, i.e., the animals who live on land. Although it may occur in some of the aquatic animals. This method is carried out in three ways, i.e., oviparity, viviparity, ovoviviparity. Oviparity is carried out in the animals who lay eggs outside. These animals are termed as oviparous. The nutrition of the offspring is provided by the yolk. Viviparity is carried out in mammals and in few reptiles. In this type, offspring are reproduced and developed within the body of the mother, receive nutrition via placenta and later born out. In ovoviviparity, eggs are produced and retained within the body of the mother and nutrition to the offspring is provided via yolk.

What is external fertilization?