Both hotel and motel are places which provide lodging paid for a very few time or days. The facilities provided by those are very different to some extent. There are a lot of differences between a hotel and a motel. The main difference hotel and the motel is that hotel is usually designed to provide paid residence on a short-term basis while motel is designed on national highways or motorways to accommodate the motorists and usually have a parking area for heavy vehicles. 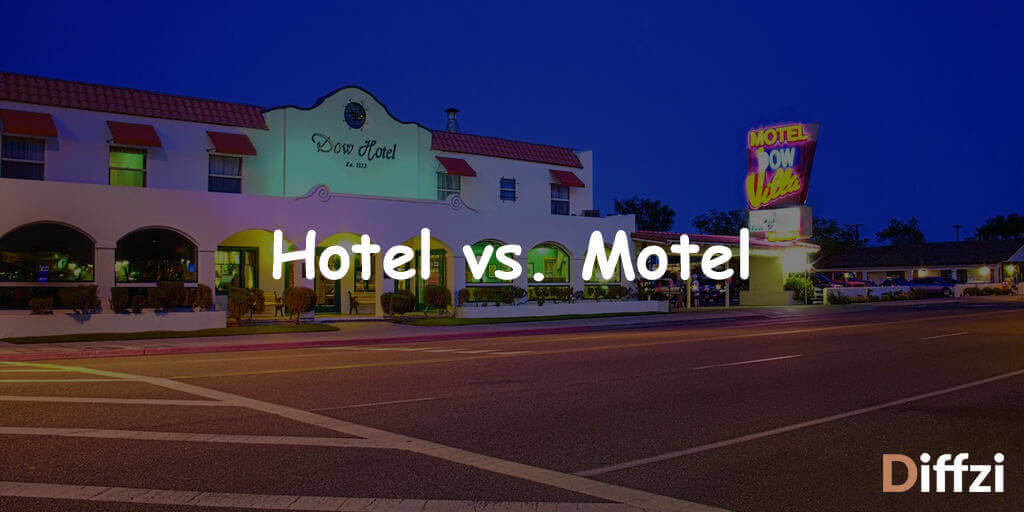 Contents: Difference between Hotel and Motel

A hotel is designed to provide paid residence for a short period of time. The facilities being provided by hotels may range from basic (bed and storage for clothing) to luxury (attached bath, drink room, swimming, massage service, business center, conference facilities, etc.) The rooms in the hotel are divided into numbers to allow the customers/guests to identify their room.

Some hotels serve food and some not. In the United States, it is a law for all hotels to serve food and drinks. The facilities of the hotel vary in size, function, and cost. Every international standard hotel has a general manager who acts as the head executive and looks after the various departments in the hotel such as middle managers, administrative staff, and supervisory staff.

A motel is a type of hotel that is specially designed for motorist and build across national highways and motorways. It contains a parking area for motor vehicles usually heavy vehicles. The motel is usually individually owned, however, only a few mote chains also exist. The trend of motels started to grow in 1920 when long-distance road journeys became more common during World War I, and the need for overnight and cheap accommodation led to the growth of the motel industry.

However, motels achieved high popularity in 1960 with rising car racing and traveling industry. Like hotels, motels can also different from each other in design and basic facilities. These are located along highways and motorways. These are typically constructed in an “I”, “L”, or “U” shaped layout and contains few guests’ rooms, a management office, and a small reception.

Key Differences between Hotel and Motel