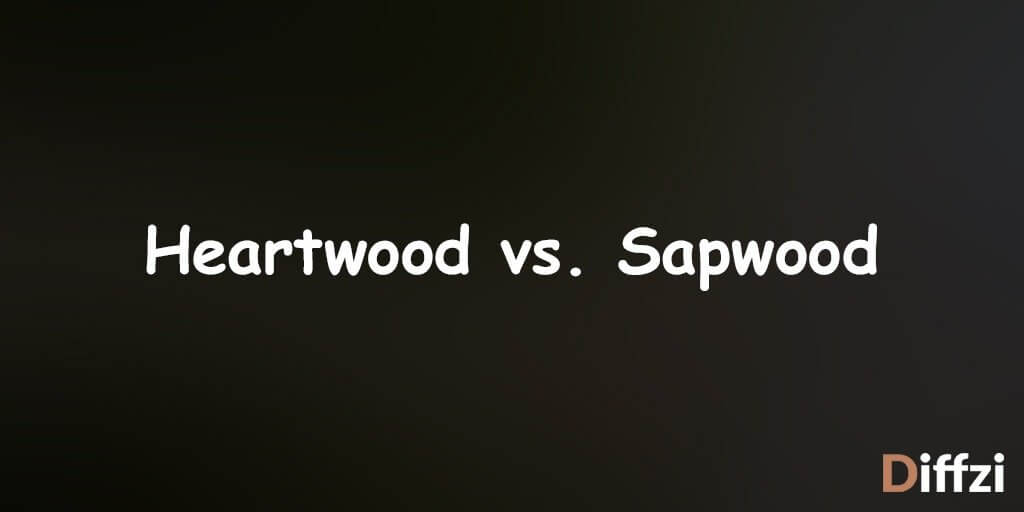 Heartwood is also known as duramen and sapwood is also known as laburnum. As the result of the chemical transformation, heartwood becomes hard and dead. Heartwood is the inner part of the tree whereas sapwood is the outer part of the tree. If we talk about the function of sapwood, its purpose is to transfer water from the roots to leaves this is one of the most critical jobs of sapwood. The water that is transferred to blades from roots is stored in leaves. Amount of heartwood is more than sapwood in the tree. At the start all woods are sapwoods.

There are bark cells in the tree that are known as cambium; these cells are inside and outside of the tree. A new layer of bark cells that are cambium are added after some years. In growing years the layer cambium cells are thick.  Sapwood is formed that is the outermost part of the tree. Sapwood has active cells that keep growing. If we talk about the stem, there are less sapwood in the stem than heartwood. This does not vary with the type of tree. There is more moisture in sapwood than in heartwood. In the growing age of the tree, sapwood is found in abundance, as the tree gets old heartwood can be seen more.

Contents: Difference between Heartwood and Sapwood

The living part of the tree is known as sapwood and is also known as alburnum. Sapwood is the living cells and is the outermost part of the tree. Sapwood function is one of the primary purposes of the tree as it transports water from roots to leaves. As compared to heartwood, sapwood is thinner. Sapwood has living cells that are known as cambium. Each year new layer of cambium cells grow. The role of these cells to transport water and minerals through the roots of the tree. People do not use sapwood for the construction has it has a lot of moisture. Woodworkers in most case remove sapwood and use heartwood because heartwood is best for construction purposes especially the development of furniture.

In the article above we saw the clear difference between sapwood and heartwood. If we compare both, we can see that the function of sapwood in the tree is vital but for man use heartwood is perfect.