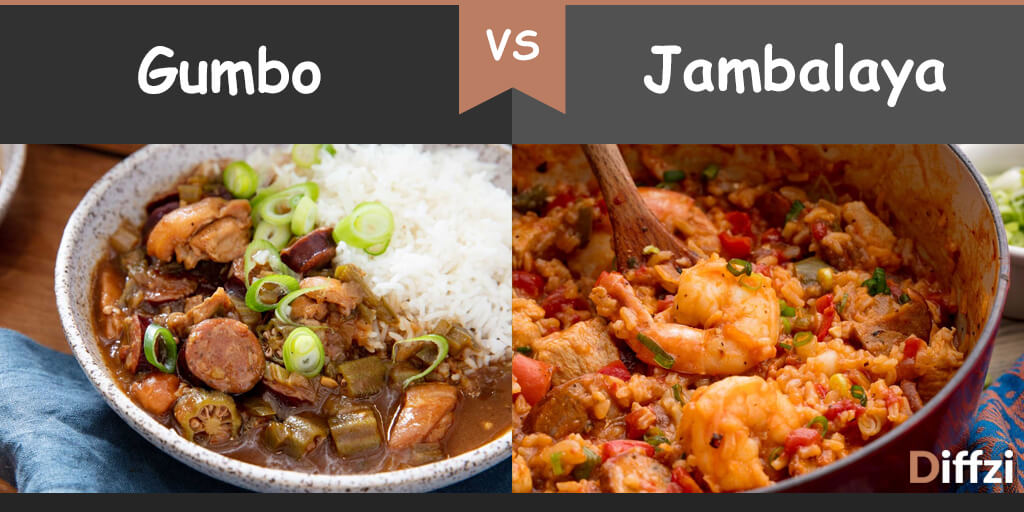 If you ever had the wonderful experience of living in New Orleans, you definitely know that it is a state like no other with its unique language and cuisine.

The locals of New Orleans are a unique blend of French, Spanish, African, German, and Native Americans that gave birth to a number of Creole dishes including Gumbo and Jambalaya.

For the outsiders, it is tough to differentiate between the two, but the main difference between Gumbo and Jambalaya is the addition of rice in the process of cooking.

Gumbo is an authentic southern food that has been around for a long time and is believed to have originated in New Orleans in the 18th century.

Gumbo is more like a soup consisting of veggies, okra, meat, or shellfish that is served over or with a small serving of rice. One of the most significant aspects of gumbo is the cooking time, many cooks simmer gumbo for a minimum of three hours in order to help the stew thicken and to let all flavors blend together and create a rich and flavorful stock.

Gumbo is typically distinguished on the basis of what is used as a thickening agent typically okra, roux, file powder, or sometimes the combination of all these three are used during gumbo making. Jambalaya is a cuisine that typically consists of three stages while cooking:

Key Differences between Gumbo and Jambalaya

Both Gumbo and Jambalaya are incredibly flavorful dishes that showcase the unique and diversified culture of New Orleans. These similar stews are delicious due to the way they blend various flavors together over their long cook times. Be sure not to confuse either of these dishes with other New Orleans favorites like etouffee which is a seafood-based dish with a similar blend of vegetables, or red beans, and rice.