Contents: Difference between Government and Politics

Both “Government” and “Politics” relates to the methods for  governing over a community or state. These terms relates to that system that controls a country or state. Both term are entirely different from each other. Before moving toward differences, first understand the both terms one by one. 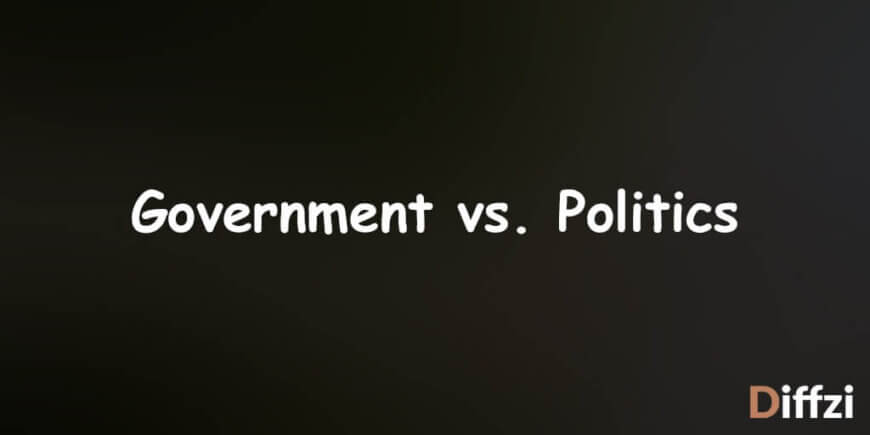 Government is the structure by which a country, state, group or community is governed by a single person or group of people. All executive and legislative authorities in a state or community are rests with the government. In other words, it is related to administration of a state or country. Government is the means for determining policies for state and enforcing the same. All countries of the world have a specific form of  government. For example, United States is a federal public, Saudi Arabia is a monarchal government, China is a people republic and Pakistan is a federal public.

Politics is a practice or theory of influencing and governing on other people on a global or individual level. In fact, it relates to struggle of achieving and exercising an executive positions or positions of governance. It is a system of organized control over a human community or a state or country. It is the study of the distribution of power and allocation of resources at international level or national level. Skills for negotiation, law making strategies, exercising force and delegating authorities decides the political future of a politician.

Key Differences between Government and Politics