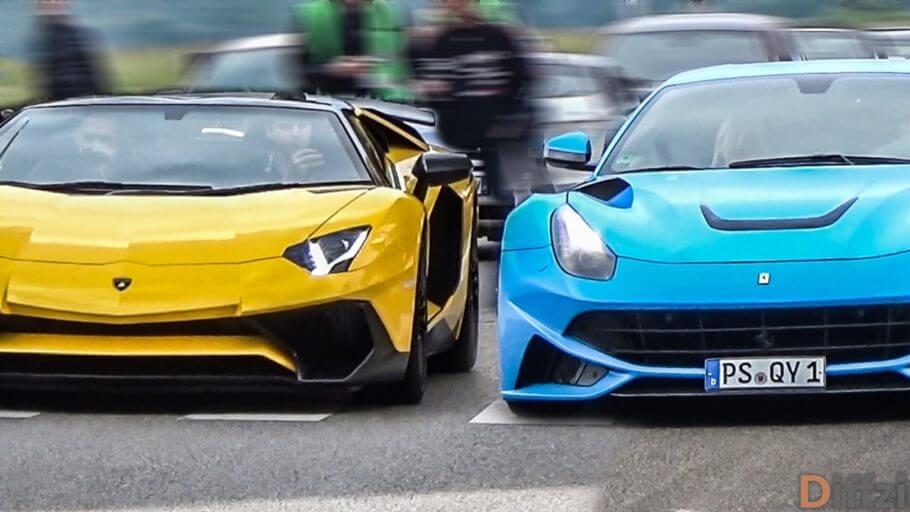 These are the two top manufacturers of cars in the world and have been famous among people who are interested in cars. So there is the main difference, but they can also be characterized and differentiated on the basis that one was founded by the individual called Enzo Ferrari and has been participating in the Formula One actively while the other was founded by Ferruccio Lamborghini and is not too active in the Formula One car racing.

It is one of the world’s most famous cars which have been produced for a long time and have the origins in Italy, where it is based in Maranello. The name of the car itself has been taken from the owner who founded this company, Enzo Ferrari way back in 1939. The first car was produced by them in 1940, and it was listed as a car manufacturer as for late as 1947. The reason it is more famous around the world in comparison to other manufacturers is that it has been participating in the Formula One car racing for a long time where it has the most successful team which has won 16 titles and has more than 15 race winners over the years. It is mainly considered as a symbol of speed and wealth. Many different cars have participated in the racing, but the most famous ones will be Scuderia Ferrari. Currently, it has more than 8 models which have been famous among people such as 488 GTB, Ferrari 488 Spider, California T and many others. It is also considered as a company which is not afraid of experimenting and has produced many concept cars over the years. All the cars have the famous symbol embedded on the front which is a horse that is prancing, it is black in color and has three stripes of white, green and red, showing the Italian colors. Overall, there are many colors in which the cars have been produced, but currently, the most famous ones include red, blue and silver. Maximum speeds of these cars can reach up to 208 mph.

This is another world famous car manufacturer company which has been producing cars for well over 50 years. It was founded by Ferruccio Lamborghini in 1963 with the aim of competing with the other famous manufacturers such as Ferrari. It was able to produce its first car in 1966 and instantly gain applauds with the innovation and style they brought in the market. Quickly they became the standard of reliable and speedy cars around the world and even today have been able to maintain that uniqueness. It did have its ups and downs especially in 2000’s, and the sales dropped to almost half the original but were quickly able to bring stability. Initially, the car was not allowed to participate in the Formula One car racing considering it a waste of time and money. But with the changing trends late in the 1970’s when it was seen as the best show for placing your models and speed in front of the people, they entered the competition and participated for a few years. It has a good speed ratio when you compare it to others with the fastest cars reaching the speeds of around 217 mph. The costliest car will range around $380,000 which is considered relatively high in comparison to others. It has also brought back many models which had been discarded and has many models which are available in the market. The another thing about them is that around 4000 cars are produced in one batch which is one of the top numbers when it comes to fancy cars. They also are considered as a symbol of wealth and power.

Key Differences between Ferrari and Lamborghini