Ester and ether are organic molecules with oxygen atoms. Both have the ether linkage which is –O-. Esters have the group –COO. One oxygen atom is bonded to carbon with a double bond, and the other oxygen is bonded with a single bond. Since only three atoms are connected to the carbon atom, it has a trigonal planar geometry around it. Further, the carbon atom is sp2hybridized.

The carboxyl group is a widely occurring functional group in chemistry and biochemistry. This group is the parent of the related family of compounds known as acyl compounds. Acyl compounds are also known as carboxylic acid derivatives. Ester is a carboxylic acid derivative like that. The compound ester possesses a carbon-carbonyl-oxygen bond, while the ether compound has a carbon-oxygen-carbon bond.

Esters have a general formula of RCOOR’. Esters are made by the reaction between a carboxylic acid with an alcohol. Esters are named by writing the names of the alcohol derived part first. Then the name derived from the acid part is written with the ending –ate or –oate. 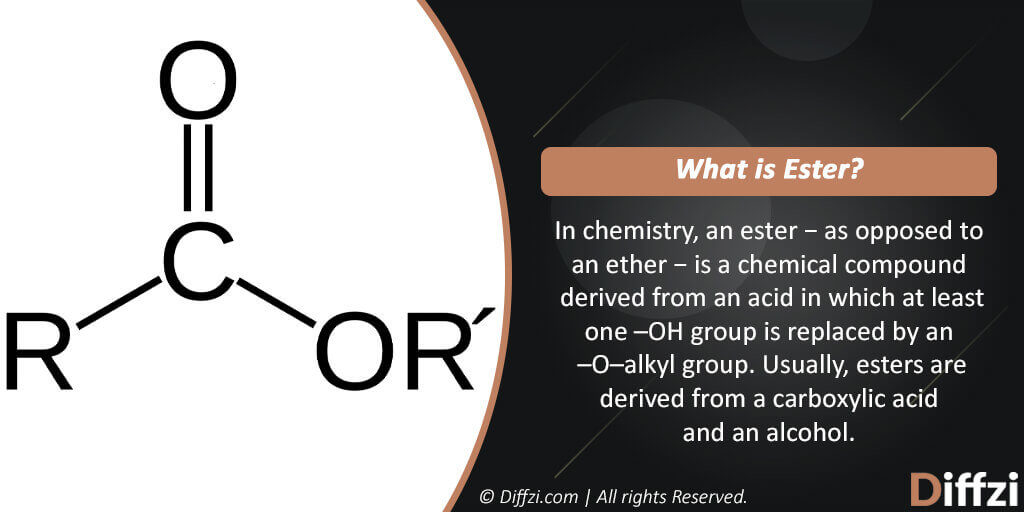 Ethers have the functional group ROR e.g. Ethoxypropane. Ether is a compound that has a carbon oxygen-carbon bond. Ethers can be produced by intermolecular dehydration of alcohols. This usually takes place at a lower temperature than dehydration to the alkene. 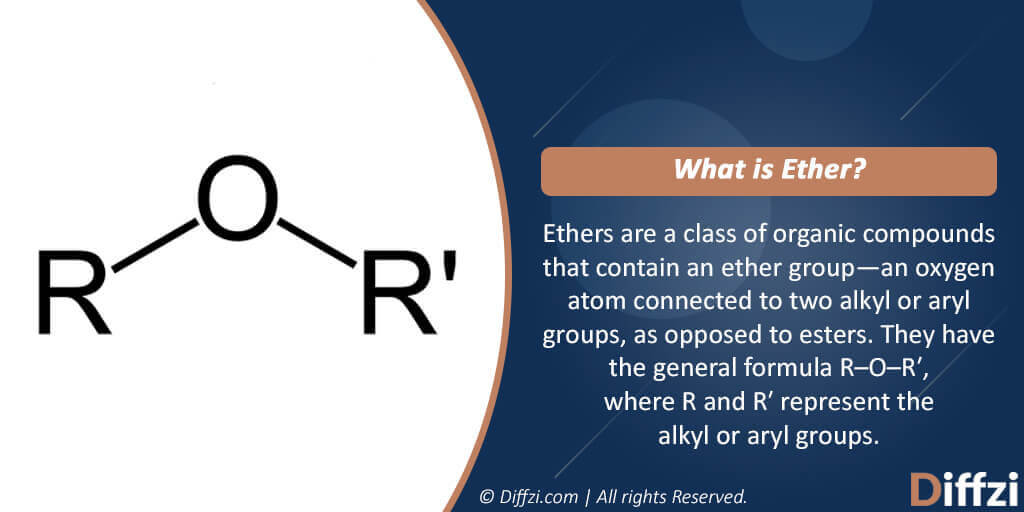 Key Differences between Ester and Ether