The main difference between culture and religion is that culture is based on the shared values of human being, its tend to be manmade while religion is wholly associated with the God, The Creator and most of the religion in the world claims their religion come from God side. 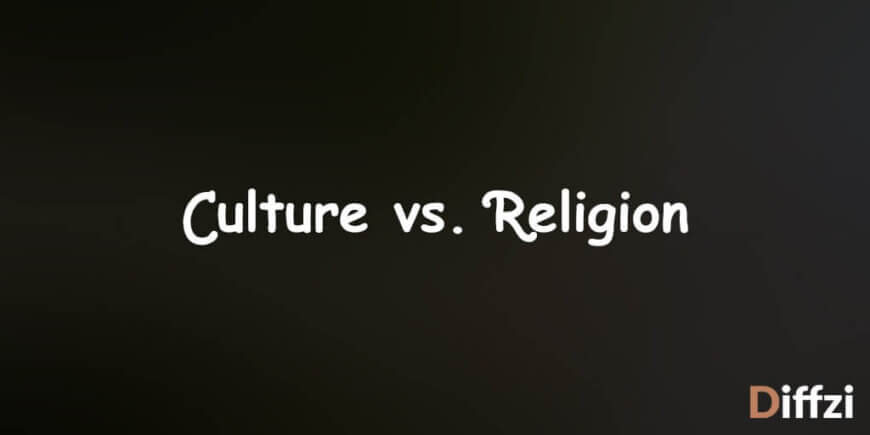 Contents: Difference between Culture and Religion

Culture is the shared values of knowledge, belief, thoughts, customs, ideas, habits, and many other relevant things that are common between the members of a specific society. Culture is also uses to define the complex networks of practices and accumulated knowledge and ideas that is transmitted via social interaction and exist in specific human groups or cultures. Some aspects of human behaviours like language, social practices like kinship, gender and marriage, expressive forms like music, dance, ritual, religion, and technologies like cooking, shelter, clothing are called to be cultural universals, usually found in all human societies. Culture is different from community to community, region to region, or country to country.

Religion means the organised collection of beliefs, myths, and world views that related humanity with each other to an order of existence. Many religions have their own narratives, and symbols that explain the meaning, and origin of life or universe in their own way. The practice of religion includes rituals, sermons, veneration, sacrifices, festivals, feasts, funerary services, matrimonial services, prayer, dance, music, public services, or other aspects of human culture. Christianity, Islam, Hinduism, Buddhism, Sikhism, etc. are some common examples of religion. Every religion has its own spiritual leader or messenger.

Key Differences between Culture and Religion