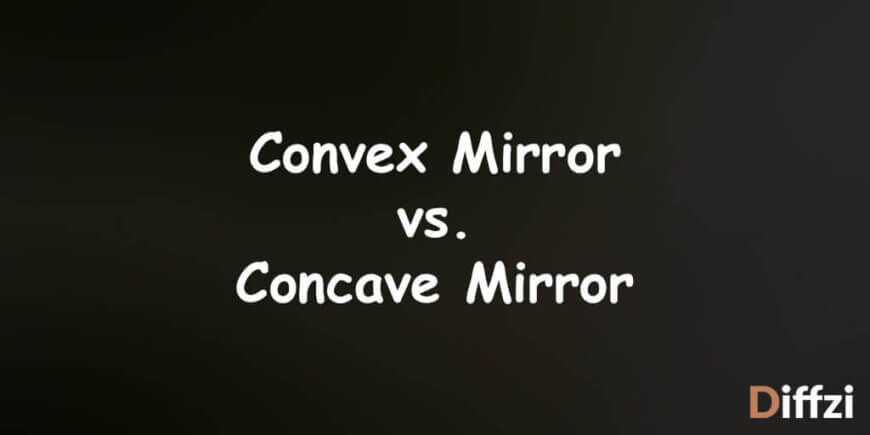 A mirror is an object with smooth polished or shiny surface and reflects light in some range of wavelength to produce an image of any item. It is divided into two main types, i.e. Plane mirror and spherical mirror. A plane mirror is a mirror which has a smooth surface while spherical mirrors are mirrors with curved surfaces. A spherical mirror is further divided into two types, i.e. Convex mirror and concave mirror. A convex mirror is a mirror with reflecting surface bulges outward and it forms a diminished image while a concave mirror’s surface protrudes inward and it forms a magnified image.

What is Convex Mirror?

Convex means “rounded or curved like the outside of a circle or sphere”. A convex mirror is also recognized as a fish eye mirror or diverging mirror. If we cut a hollow sphere from the center into parts and painted its inner surface then its outer surface will act as a reflecting surface and known as a convex mirror. It diverges the light rays striking from its reflecting surface that is why it is known as a diverging mirror. It forms a diminished, virtual and erect image of the object because the center of the curvature and the focal point both are imaginary and found inside the mirror. The image will appear smaller and closer to the mirror as compared to the actual object but as the object comes close to the mirror the size of the object will keep on increasing. The Image shaped by a convex mirror cannot be projected on the screen.

They are used on roads and hallways of various buildings etc. to overcome the visibility problem at blind spots.

What is Concave Mirror?

According to the above discussions, It is concluded that Convex mirror is the diverging mirror and forms a virtual and diminished image while a concave mirror is a converging mirror which may form magnified and both virtual and real type of image depending upon the position of the object from the mirror.