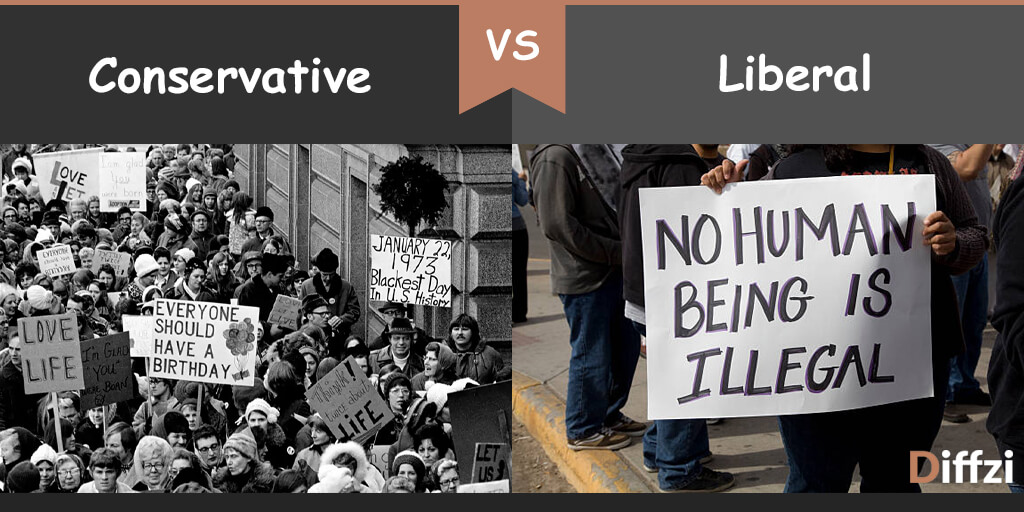 The main difference between liberals and conservatives is belief. Liberals, in general, believe in governmental actions to achieve equal opportunity for every person moreover, they also believe that it is the duty of the government to protect community rights and to resolve their issues and also to protect civil liberties and human rights while conservatives believe in personal responsibility, individual liberty, limited government, free markets, and a strong national defense moreover they believe, it is the duty of government to provide people the freedom necessary to pursue their goals.

Conservatives believe people should be free to succeed and fail according to their own actions and choices and the greatest thing we can do for future generations is to ensure that they have a stable and solvent government, whereas, liberals believe that there are societal at work which makes opportunities unequal for certain classes of people and they strive for equal opportunity for all people.

Conservatives believe in equality and most of them think that why should someone get more than others. Conservatives mostly come from the dominant groups; they promote and encourage personal responsibility with a minimum of government.

Conservatives are the capitalists and they advocate for a Social Darwinian theory, which is “success belongs to the fittest” in this world, moreover institutions must be maintained which advance beneficial behavior.

Conservatives believe that the death penalty is a punishment that fits the crime, which is neither brutal nor common and is the best choice to execute a murderer is the appropriate punishment for taking of the life of an innocent people.

Conservatives believe in the free market system and competitive capitalism as free markets give more opportunities or jobs and it gives a higher standard of living as compared to those systems which are burdened by excessive government regulations.

After the first amendment to the constitution states “congress shall make no law respecting an establishment of religion, or prohibiting the free exercise thereof…”, they do not support the separation of church and state and oppose the removal of symbols of Christian heritage from public and government spaces.

Conservatives believe in marriage between man and woman and they do not support same-sex marriage as such relationships violate moral and religious beliefs of Muslims, Christians, and others who believe in the union of a man and a woman.

Conservatives strictly oppose tax-payer-funded abortion and they think that the government should not support abortion by providing tax-payer fund dollars as they believe that abortion is the murder of a human being.

We can define a person who is liberal as, one who is open-minded or not strict in the observance of traditional or established forms. Liberals think that people should be free to do what they like as they are not hurting anyone and sometimes they are more socially conscious as they claim that “the world is unfair”.

The government will provide support for individuals who are underprivileged, such as low-income individuals and sick.

Liberals believe in the separation of church and state, they think that there should be no place for religious expressions in the government and these two concepts are completely separate. Liberals also support the removal of all religious references in public and government spaces.

Liberals support gay, lesbian, transgender marriage to ensure their equal rights, moreover, they believe that every individual must have the right to marry with a choice.

Liberals think that it is completely a women’s choice or right to decide what happens with her body and the government should provide tax-payer funds for abortion for those women who cannot afford them. The Government must protect this right of women.

Liberals and conservatives look at equality and equity differently, conservatives believe in equality, freedom, and prosperity, they believe in personal responsibility and low government taxes, moreover, the conservative view more emphasizes the individual to manage their own affairs. On the other hand, liberals mostly emphasize equity, and they believe in government action to achieve equality for all, the liberal view is seen to be more active and social view, they think that we should help people at any cost, however, they also support abortion, same-sex marriage in order to protect the rights of the individual.