“Cabinet” and “Parliament” are very important concepts in countries having democratic system of governance. Having a member of parliament is not the surety of becoming the member of the cabinet so the first difference arises on that point. However, there are also other multiple factors, which draws a prominent line between cabinet and parliament. 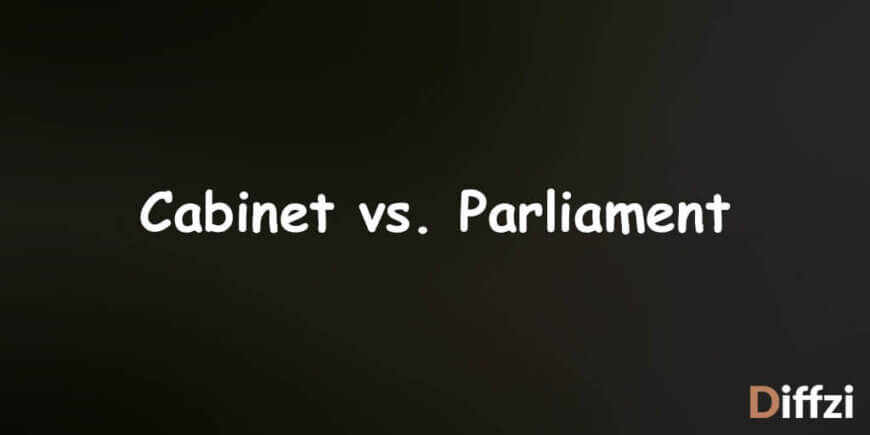 Contents: Difference between Cabinet and Parliament

Cabinet is a body of high ranking officials in government power structure, based on the top leaders of the executive branch and often called the ministers as well. In different countries, it is vested with different duties. In some countries it worked as a decision making body while in some countries it provides advisory services to ‘head of state’ or ‘head of government’. Cabinet is also called “Council of Ministers” in some countries. In countries where Westminster system exists, cabinet decides the government direction regarding legislation passed by the parliament while in countries where presidential system exists, it works as an official advisory council to ‘head of government’.

Parliament is the collective name of two houses in a democratic system of government and stands for “Senate (upper house)” and “House of Representatives” or “National Assembly (lower house)”. All its members are elected from political parties and independent candidates. It deals in three matters: representation, legislation and parliamentary control through hearings and inquiries. Word parliament literally meaning is “discussion”.