The main difference between atom and molecule is that an atom is made up of neutrons, protons and electrons while molecule refers to the group of atoms that are bonded together via covalent bonding or ionic metallic.

Atom refers to the smallest particle unit of the simple matter that has the properties of a chemical element. All types of gases, solids, liquids and plasma are composed of ionized or neutral atoms. These are typically very small in size and are unable to be seen through naked eyes and magnifying microscope. The size of an atom can be around ten-billionths of a meter. I talk about their boundaries then these have not well-defined boundaries.

With the gradual development of physics, atomic models have incorporated quantum principles to explain better and predicted behavior of the atom. Every atom composed of one or more electrons bound to the nucleus.

The nucleus of an atom is made of one or more protons and typically has a similar number of neutrons. The nucleus of an atom is also surrounded by the electrons that are negatively charged particles. An atom can be negatively or positively charged depending on the majority of the particles. When these negatively or positively atoms bond together to form molecules, the bonds are formed by the electrons filling up the outer orbits of the atoms. There is no bonding in an atom as atoms exist independently. 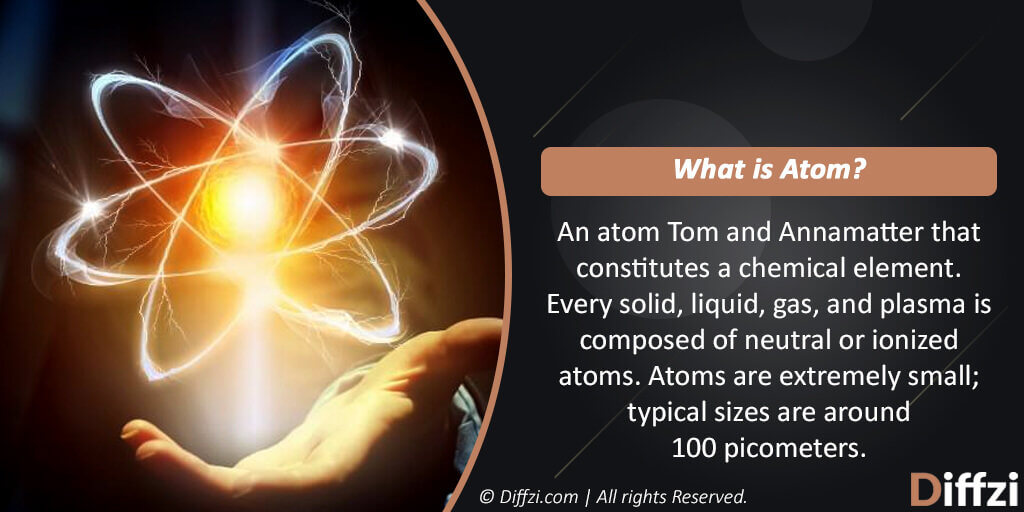 A molecule is the smallest particle of an electrically neutral group that contains the chemical properties of that compound or element. These are made up of the atoms that are held together by chemical bonds. These are entirely distinguished from ions because of lacking electrical charge.

The atoms of most of the chemicals quickly bond with other atoms to form molecules. These can vary in size and complexity. These always remain in motion. In liquids and solids, they are packed tightly together. In the solid-state, their motion can be likened to rapid vibration. In the liquid state, these move freely among each other in a sort of slithering fashion. In gas state, their density is less as compared to solid and liquid of the same chemical bond and move even more freely as compared to liquid.

As compared to an atom, the molecule has the capability to exist by itself that is because of the electron present in the atom. In the molecule, the atom can be stable only in case of the availability of a sufficient number of electrons. According to the Kinetic Theory of Gasses, “molecule is often used for any gaseous particle regardless of its composition. Due to the monoatomic molecular structure, Noble gas atoms are also considered as molecules.” 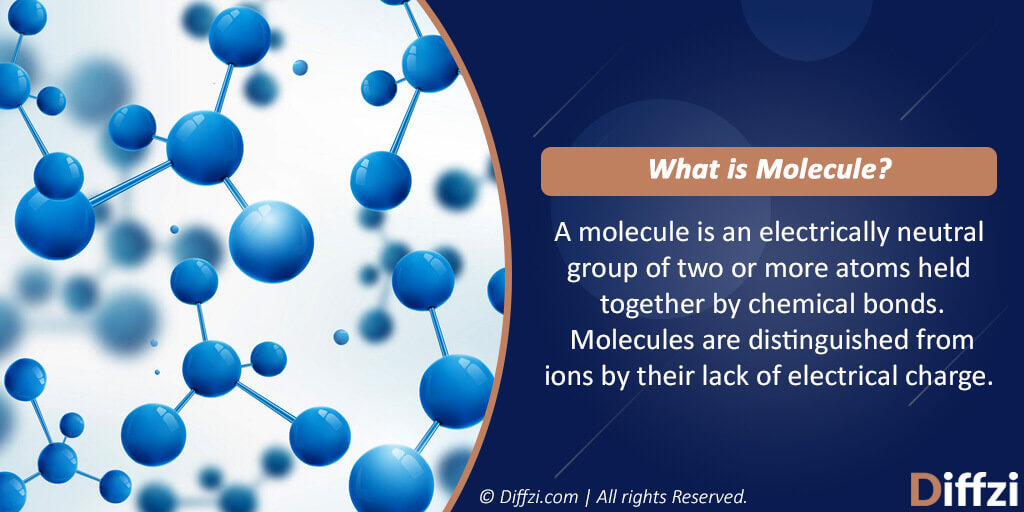 Key Differences between Atom and Molecule