The difference between amphibians and reptiles is that amphibian live dual life, half in water and a half on land while reptiles live on the land throughout their life.

Amphibians and reptiles are the two groups of animals. They have many differences in their physical appearance, internal structure, and life cycle. Amphibian live a dual life living the half part of their life on land and half in the water while reptiles live throughout their life on land. Reptiles breathe through their lungs and have scales on their body which retain moisture.

Amphibians and reptiles have many common features too because they belong to the same phylum and subphylum. Both are cold-blooded animals and use camouflage effect for their defense and protection. Both reptiles and amphibians are studied in the same branch of zoology knowns as herpetology. The person who keeps these animals is termed as “herpes”.

Amphibians breathe via gills in the water and use lung for respiration on the land while there are not gills in the reptiles because they do not live in water and hence no need for gills. Amphibians are oviparous, i.e., they lay eggs and embryos are inside the eggs. Eggs are hatched outside the body of the mother. In reptiles, some species are oviparous while some are viviparous, i.e., the embryo develops inside the womb of the mother.

In amphibians, external fertilization occurs while in reptiles internal fertilization occurs. Amphibians have a narrow range of color spectrum and can visualize only a few colors while reptiles have a wide range of color spectrum and can see a number of colors. Amphibians have a heart which is three chambered. The heart of reptiles is also three chambered, but their ventricle is more developed and divided by a septum. 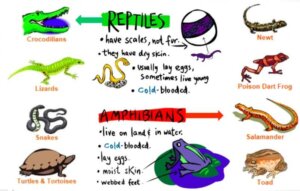 The mode of protection of amphibians from invaders is the toxins secreted through their body while reptiles have hard scales on their body which protect them. Toxins are also produced from their teeth and nails. Amphibians have webbed feet which are more convenient for jumping and swimming. Reptiles have four limbs for running which also help them in swimming. Snakes have no limbs, and they crawl. Amphibians’ eggs are covered with gel, and they lay eggs in water while reptiles’ eggs have a protective covering and they lay eggs on land.

Amphibians are the animals which live a dual life, half life span (larval stage) in water and half life span (adult life) on the land. During the life span spent in the water, they have gills for breathing in water while during adult life they have lungs which help them in breathing on land. These may be found in marine water, freshwater, oceans or tonsorial, etc.

They maintain their body temperature according to the external environment of the body, and that is why they are called cold-blooded animals or ectothermic animals. Fertilization in amphibians is of the external type , i.e., male sperm and female egg are fused in water with each other, and the newborn lives in the water until the larval stage ends.

Their eggs are covered with a get like substance which is very smooth and protects the eggs. Their skin is slippery and porous. They have the ability to change the color of their body according to the environment, and this effect is called a camouflage effect. They release toxins from the surface of their body which protects them from enemies. Their examples can be given as toads, frogs, and salamanders, etc.

Reptiles are ectothermic animals, i.e., they adjust the temperature of their body according to the external environment. They live on land and have lungs for respiration. They have no gills and even not need the gills. They have an internal mode of fertilization. Some species among them are oviparous, and some are viviparous.

They have four limbs which help them in running, walking and even swimming. They have dry, scaly skin which provides them protection. They release toxins from their teeth and nails to kill the invaders. Their skin is not permeable to water. They incubate their eggs by digging into sand, dirt or gravel. They do so to maintain the temperature of the eggs. Their eggs have protective covering also. They can see a number of colors and distinguish them. Thus they have a wide range of the color spectrum. Their examples can be given as snake, lizards, and crocodile, etc.

Key Differences between Amphibians and Reptiles 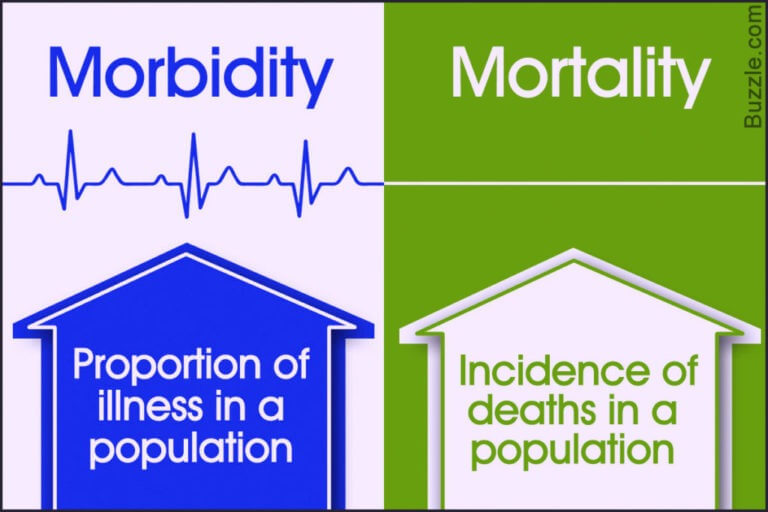